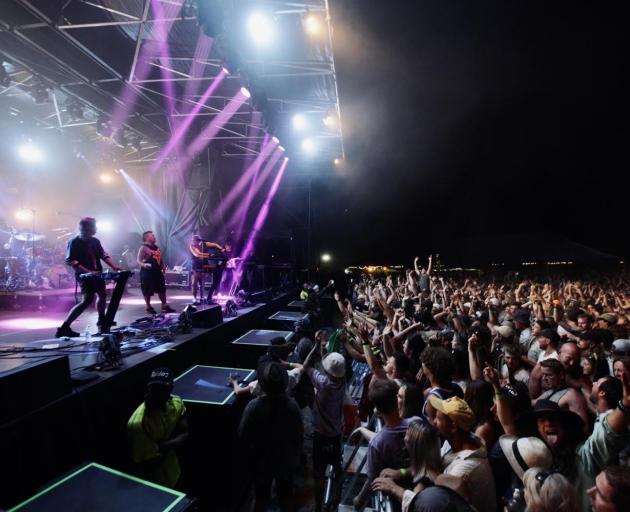 On Saturday thousands of people converged on Cardrona’s Robrosa Station to take in the sights and sounds of 2021’s first official summer concert under clear blue skies and in sweltering temperatures.

Twenty-four hours later the region was bracing for predicted hail.

Shapeshifter was one of the first out of the gates after last year’s nationwide lockdown, announcing a New Zealand tour which included Gibbston’s Cargo Brewery as its last stop.

However, due to demand, the band — now in its 22nd year — announced a venue change to Robrosa Station, home of Rhythm & Alps, just before Christmas.

Hundreds of punters were queuing for NZSki buses in Queenstown early Saturday afternoon to make the most of the gig, which started mid-afternoon and finished close to midnight.

As temperatures soared in the dusty Cardrona Valley, residents and visitors alike got their summer music fix, alternating between finding shade and busting moves in front of the stage, and rehydrating and queuing for adult beverages.

Crowd behaviour, however, was said to have been exceptional.

Police said they were "generally pleased" with the behaviour of the crowd.

"There were no major issues. However, one person was arrested on assault charges."

The latter three were late additions to the programme after Australian-based bands The Angels, Pseudo Echo and Mi-Sex were unable to travel to New Zealand due to ongoing issues with Covid-19 across the Tasman.

Greenstone Entertainment chief executive Amanda Calvert said while ticket sales had been strong, some were still available. The venue’s resource consent capacity is 18,000.

MetService is predicting near-perfect concert-going weather for Saturday — overcast, with a high of 21degC.