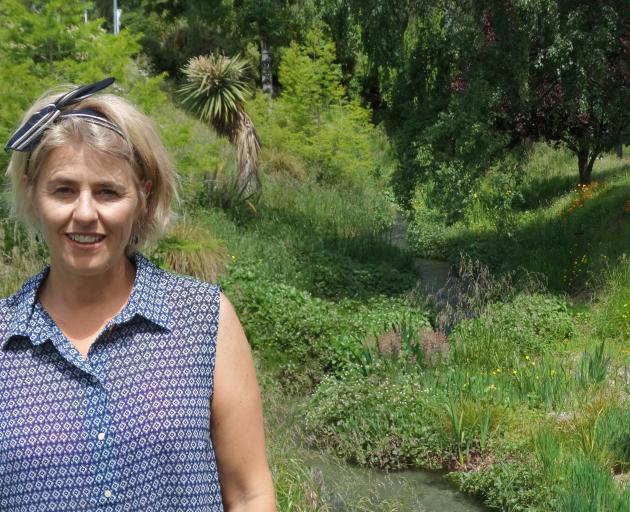 Funds raised from the Love Lake Wanaka campaign this year will go towards riparian planting throughout the Upper Clutha, including this overgrown section of Bullock Creek, Upper Clutha Lakes Trust water project manager Megan Williams says. PHOTO: SEAN NUGENT
With just three weeks to go and $25,000 to raise, it would seem like the Love Lake Wanaka crowdfunding campaign is destined to fall short.

But organisers are not losing faith just yet.

The campaign, run by the Upper Clutha Lakes Trust alongside the Million Metres stream project, is to raise funds for the planting of 24,000 plants along waterways around the Upper Clutha over the next five years.

At the start of the year, the trust set a goal of raising $60,000 by September, but the campaign's start date was delayed from March until June, prompting the end date to be extended to December 17.

Although only $35,000 has been raised, the trust's water project manager, Megan Williams, said this week that following discussions with potential donors, she remained confident of reaching the target and said the trust was actually ahead of where it wanted to be.

"From what I've heard is coming, we may have raised enough for the second year before the end of the first year."

Several local businesses were setting up collection boxes for the campaign, she said.

The funds raised this year will go towards planting 4500 plants, mostly at a wetland near Wishbone Falls in the Matukituki Valley, as well as other sites at Glendhu Bay, Albert Town and areas around Wanaka township.

Over the five-year period, many of the planting sites were likely to be on farmland, in order to mitigate pollution running off into waterways, Ms Williams said.