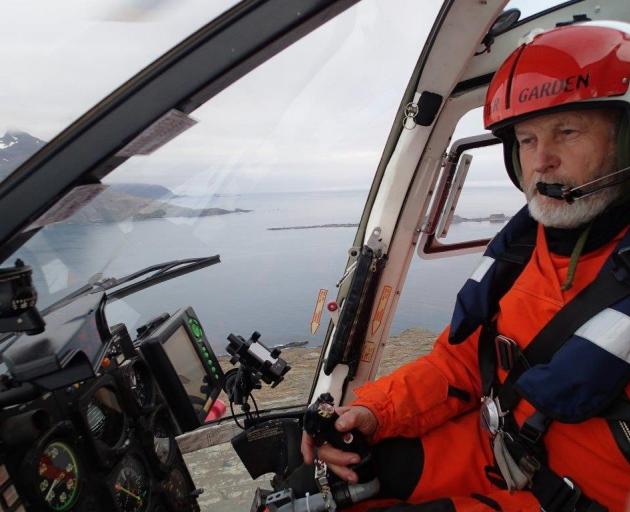 Peter Garden is now looking forward to two eradication jobs next year - one of giant mice on Gough Island (above) in the South Atlantic and the other of mice on Midway Atoll in the Pacific. Photo: supplied

Wanaka helicopter pilot Peter Garden got the news this morning: the South Atlantic island of South Georgia is officially free of rats and mice for the first time in more than 200 years.

It was a moment of satisfaction for Mr Garden who is one of just three people who has been involved with the world's biggest rodent eradication programme all the way from 2006.

"South Georgia would probably have to be the highlight of my aviation career, let alone my eradication career.

"It's teeming with  marine wild life and now the bird life has got a chance to bounce back as well.''

South Georgia (108,723ha) is a British overseas territory discovered by Captain James Cook in 1775 and five days by ship from the Falkland Islands.

A team of helicopter pilots dropped bait laced with the anticoagulant poison brodifacoum over the island, targeting mostly rats but also mice in one area.

Mr Garden said a lot of New Zealanders were involved, including pilots and ground crew.

New Scientist and the Press Association has reported more than 4600 detection devices, including chewsticks coated with peanut butter, tracking tunnels and camera traps, as well as three sniffer dogs, had been deployed to check for any rodents left alive.

Professor Mike Richardson, chairman of the project's steering committee was reported as saying "to the best of our knowledge this island is rodent-free for the first time in two and a half centuries.''

Mr Garden has been involved with many offshore island rodent eradication programmes, beginning with Campbell Island, cleared of rats in 2001.

He is now looking forward to two eradication jobs next year - one of giant mice on Gough Island in the South Atlantic and the other of mice on Midway Atoll in the Pacific.

He said he would like to go back to South Georgia at some stage to see how the island had changed but was not sure if that would happen.