Wheel be back, Wanaka 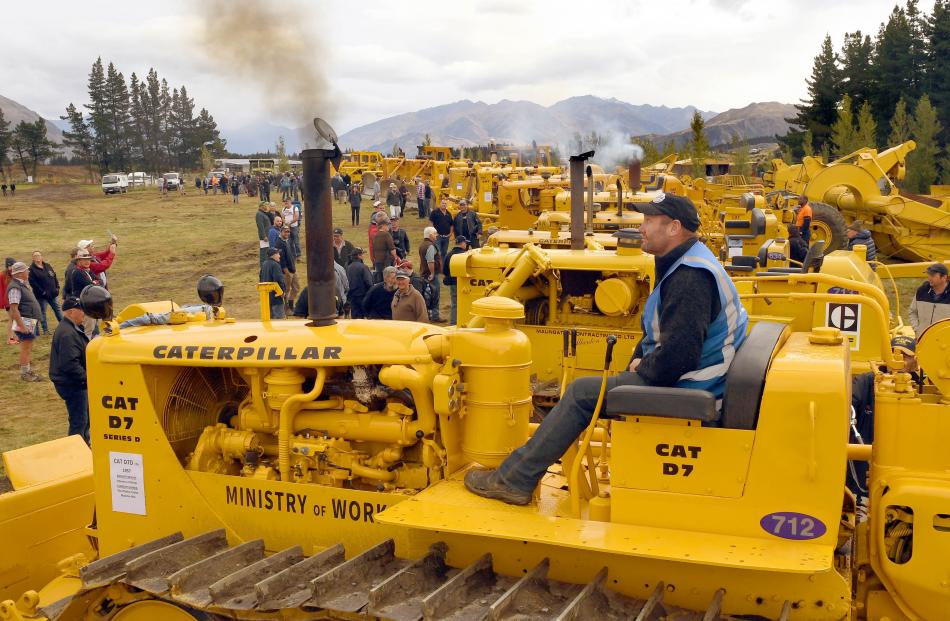 Paul Clarke, of Dunedin, fires up a 1957 Ministry of Works D7 at the weekend. Mr Clarke and his staff brought 20 bulldozers and scrapers from their Dunedin base to Wanaka, a journey involving a combined 6000km of driving. PHOTOS: STEPHEN JAQUIERY 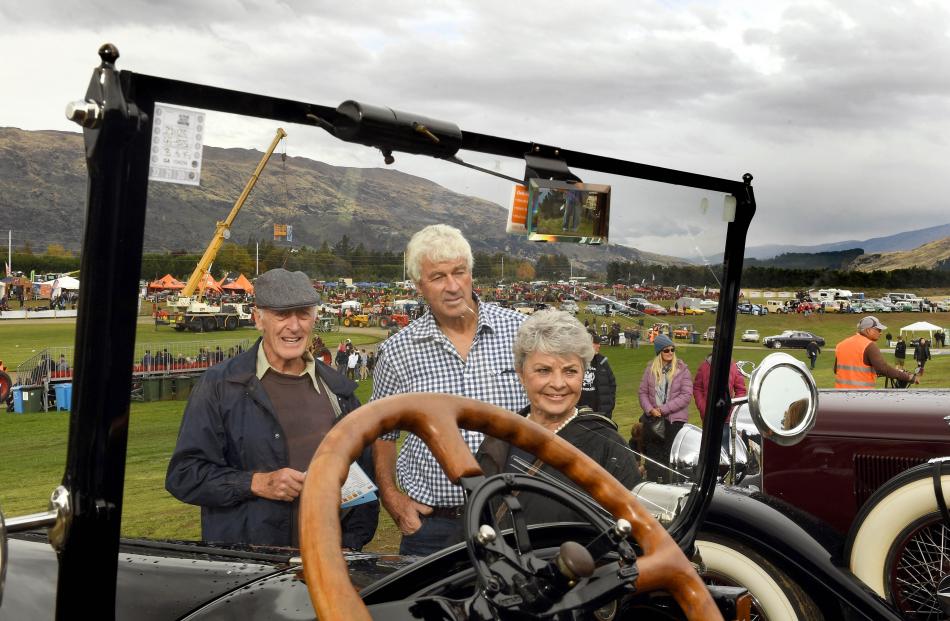 Wanaka trio (from left) Keith Barclay and Simon and Danni Stewart admire an immaculate 1918 Packard at the show. 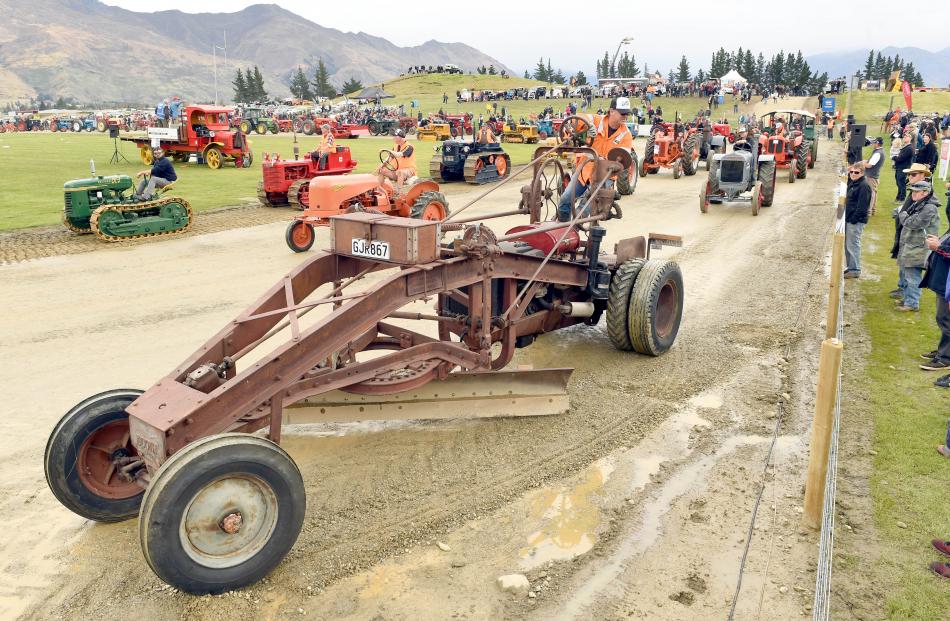 Al Haig tries to talk over the roar of tractors in the parade ground as he drives a Christchurch-built 1936 grader. 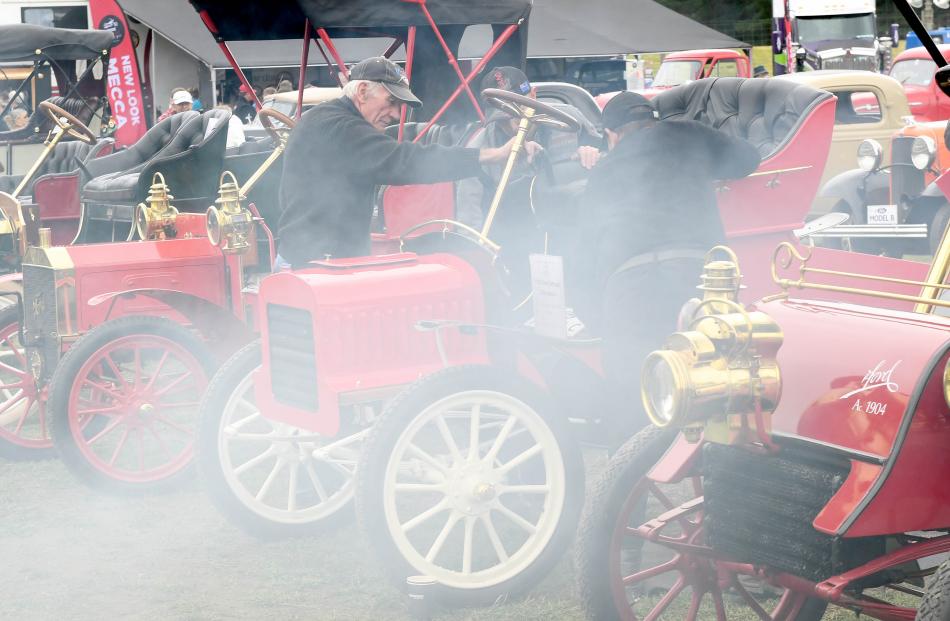 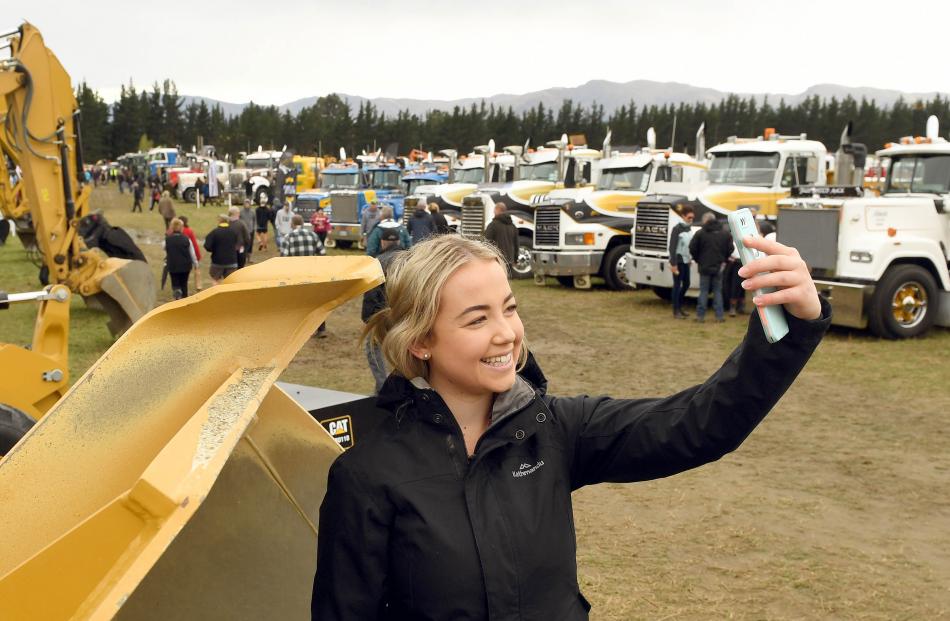 With her family in the trucking business, Kate Gebbie, of Geraldine, recorded some images to take home.

That was the summation of the inaugural Wheels at Wanaka event from North Canterbury enthusiast Dave Lott.

Having first driven a bulldozer on the Roxburgh Dam construction in 1947 before starting his own general earthworks business in Waiau, North Canterbury, he enjoyed being back around the earthmoving vehicles dating back to that time. 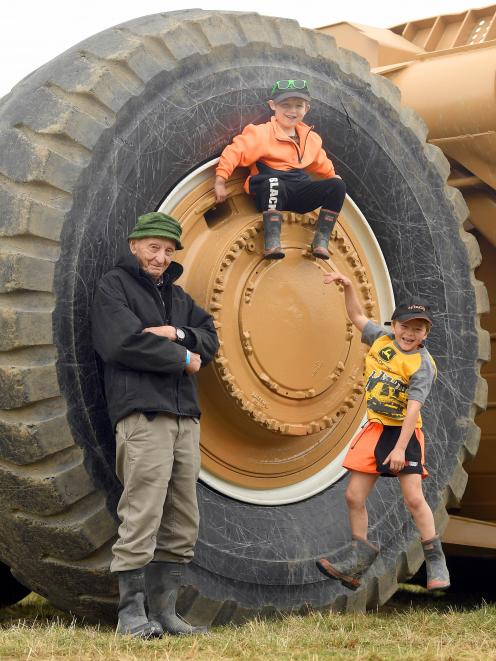 Loving the Wheels at Wanaka event are Dave Lott (90) and his grandchildren, George (4) and Henry (6), posing with a wheel from a Cat 660B, the largest earth scraper in the world. PHOTO: STEPHEN JAQUIERY

He was not alone.

Mr Lott was one of thousands who descended on the resort town at the weekend to see the huge collection of vehicles young and old, big and small.

Hundreds of tractors, trucks, cars, earthmovers, motors and more assembled on a large area of the Three Parks development.

One of the major displays was that of Ford vehicles, to celebrate 123 years since Henry Ford created his first vehicle, the Quadricycle.

A 1963 replica of the Quadricycle was on display, along with dozens of other various Ford vehicles.

Twenty-two were brought to the event by Bill Richardson Transport World of Invercargill, including several "letter cars" that predated the 1908 Model T.

Transport World's Graeme Williams said he believed the long history of Ford made it a popular brand for car collectors.

"A lot of American manufacturers are gone, but Ford are still here, and they're one of the oldest and most recognisable car brands in the world."

The event was labelled a success by organisers, and it was announced on Saturday night it would return in 2021.

Wheels at Wanaka marketing manager Annabel Roy said the "vision has been realised".

"My highlight has been seeing the passion of all the people who own and have driven these vehicles, and now they get to share that with everyone else."

While she believed many of the 5000-plus people at the event yesterday were not necessarily "transport lovers", she said it was hard not to be "sucked in to this enthusiasm."

The strong public response gave the event a bright future.

"We've already had so much more support for [the next event in] two years' time.

"It's not going to get any smaller. Wanaka needs to brace itself."