A second attempt at launching a super pressure balloon launch from Wānaka Airport has been scuppered, after the first try was cancelled yesterday.

Low-altitude winds forced the cancellation of the launch of the Nasa balloon yesterday, while today high stratospheric winds have foiled the attempt.

Decisions to launch are based on monitoring ground, lower-level (up to 300 metres) and higher-level winds.

Today's cancellation was due to higher-level stratospheric wind conditions at 33.5km (110,000 feet above sea level).

Due to these winds the balloon would have ended up in an "unacceptable flight trajectory", an official said.

An announcement around 2pm today will be made about the prospect of another launch attempt for tomorrow.

"Unfortunately the wind was higher than 6 knots and coming in from a cross direction."

The decision yesterday to cancel was made at 9am. 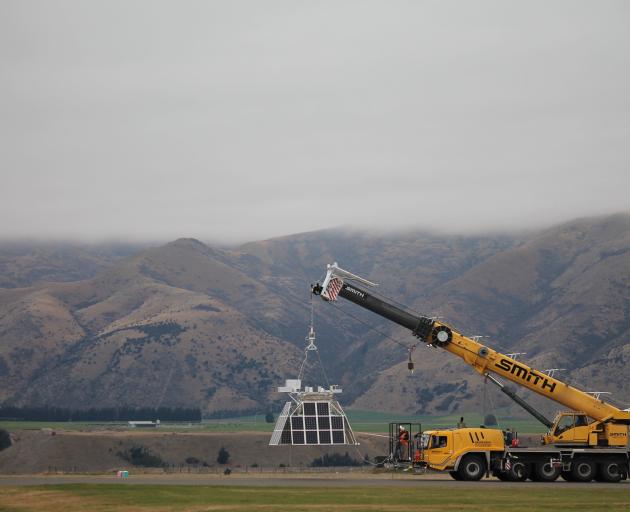 Before the launch was called off, the team had begun preparations, laying out the balloon’s protective ground cloth and delivering it to the flight line.

Those interested in watching the launch have been asked to not visit the airport for safety reasons.

An airport spokeswoman suggested the Hāwea side of the Red Bridge by Kane Rd, the Hāwea Flat side of the Clutha River or Mt Iron as safe viewing locations.

Fifteen minutes before launch, roadblocks would be put in place, restricting access along the Luggate highway (State Highway 6), State Highway 8A, and Mt Barker Rd.