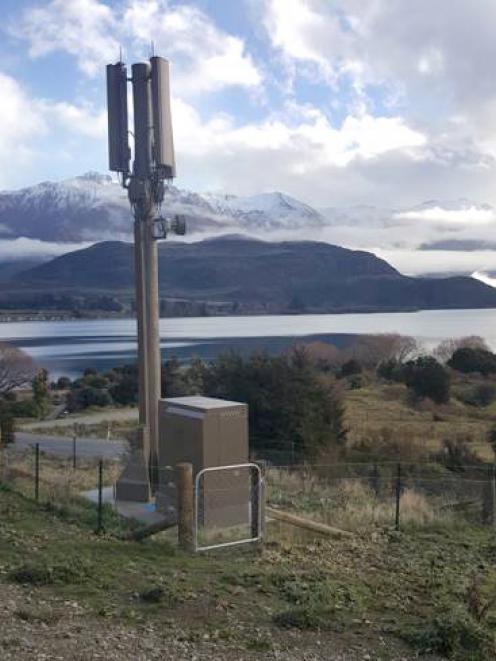 Spark spokeswoman Sam Smith said the new cell site would ensure continuity of service when the old site was switched off in July.

Hawea was experiencing rapid population growth and additional cellphone towers would be required in the future to meet the increased demand for service, she said.

Spark had been granted a consent to build a 16m cellphone tower on the edge of Peter Fraser Park following a hearing last year.

The Hawea Community Association (HCA) and several Hawea residents had opposed the tower on several grounds but primarily the visual impact of a 16m tower and its location in the centre of the town.

In March, Spark suddenly surrendered the consent, saying it had reassessed how best to provide coverage for Hawea and it no longer required the Hawea township site.

HCA chairwoman Cherilyn Walthew said the new rural location was ‘‘a silver lining’’ for the community.

However, she suggested Spark should ‘‘front for a public discussion before confirming further development, if they want any chance of avoiding another round of public disapproval and distrust’’.

In an email to the HCA, Spark engagement and planning manager Graeme McCarrison said the new site should be up and running by the end of this month.

The new cell site and tower was a permitted activity for which Spark had a certificate of compliance, he said.

Ms Smith said there were no immediate plans to build another cell site ‘‘and if the need arises in the future, Spark would like to work collaboratively with the Hawea Community Association and wider community’’.