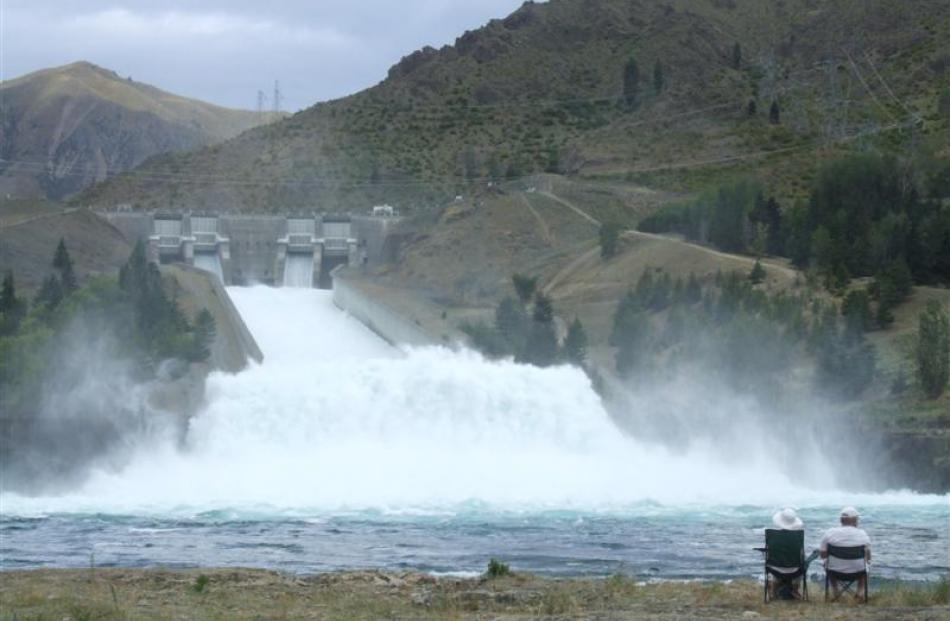 The spilling spectacle at the Benmore dam has proved a popular attraction for visitors to the area. Photo by Sally Rae. 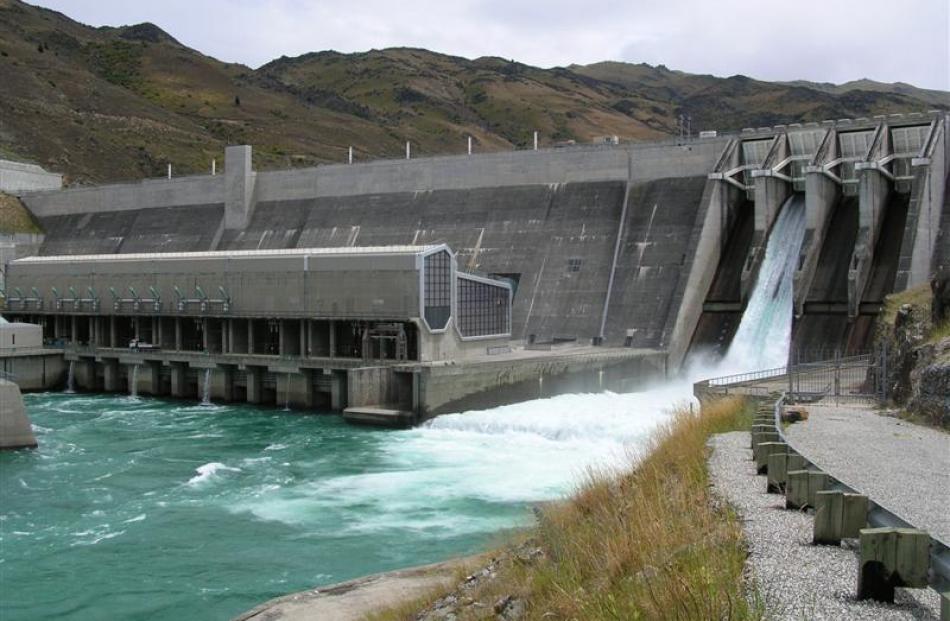 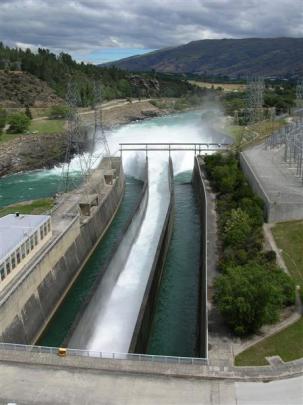 Water gushes from the Contact Energy's Roxburgh hydro dam on January 4, during a controlled spilling of the resource into the Clutha River. Photo by Rosie Manins.

Benmore dam is spilling water this week for the first time in nearly five years, creating a spectacular scene for visitors to the Waitaki Valley.

Spilling from Lake Tekapo started about Christmas and was continuing, along with that at Pukaki.

There was a spill flow of 340cumecs at Benmore on Thursday, which had been reduced to 300cumecs yesterday.

The high flow was to provide a buffer, making some room in the lakes if forecast rain arrived.

About 330cumecs of water was also being spilled yesterday afternoon further down the Waitaki Valley at Aviemore.

The flows would probably now be kept steady and it was envisaged they would continue over the weekend, Miss Shaw said.

It was "good news" to have water in the lakes, although Meridian could not promise there would be full lakes next winter.

It was too early to say and would depend on rainfall, she said.

It is now a different story to late August when Meridian was concerned about continuing low South Island lake levels after a dry winter.

By mid-afternoon, the Waitaki River was flowing at 505cumecs at the Kurow bridge.

While it was a lot of water - it was normally about 200cumecs - the river could handle it, Environment Canterbury duty flood controller Tony Henderson said.

Prof Bardsley, from the university's earth and ocean sciences department, said last winter's electricity saving campaign resulted in less power being used, but because the campaign helped keep lake levels from falling, there was not enough room to store summer water.

The campaign was necessary and the power companies were "simply doing their best" with hydro storage systems unable to cope with natural climate variations, but it highlighted the need for a large pumped storage scheme to be built in Otago.

That would provide winter electricity supply while keeping the hydro lakes at stable levels to allow room for storage when summer floods came, he said.

Contact Energy is being forced to spill water from its hydro dams in Central Otago due to transmission constraints in the area.

Contact communications manager Jonathan Hill said there had been good rainfall recently, and was subsequently excess water in rivers throughout the district.

Contact was not able to convert the excess water into electricity however, because constrained transmission lines in the area were unable to take the extra load.

"We have been spilling water from our Clutha River dams for about a month now. There's a lot of water around but the transmission network is incapable of taking generation from those power stations.

"It is an issue which has been exacerbated by the removal of the Tiwai Point production line, which took a substantial amount of electricity.

"With more rain forecast we will likely continue to spill water for a little while yet," Mr Hill said.

Motorists travelling near Roxburgh on January 4 were treated to a spectacular view of the town's hydro dam spilling water into the Clutha River, while a similar scene of the Clyde dam could be viewed from the township yesterday. 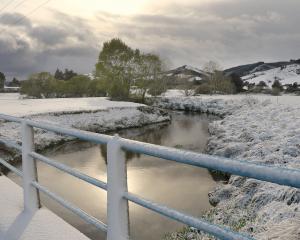 Slideshow: Stunning snowfall in the South 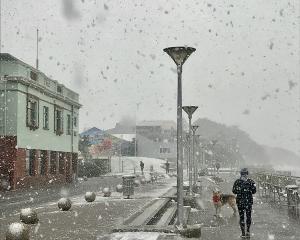