Kiri Allan was in Hokitika yesterday to reveal details of three initiatives as well as more money for Jobs for Nature, which has been a lifeline for glacier tourist business during the Covid-19 downturn.

A $1.36 million project will create 13 jobs over the next two years restoring whitebait habitat at Wadeson Island in the Hokitika River, and 25 other streams on the West Coast.

Led by the West Coast Regional Council, it involves 13km of fencing along rivers, estuaries, and lagoons.

"The project will enhance whitebait spawning sites through weed control and fencing. This will keep stock out of the rivers, and the water free of weeds such as willows, which can stop whitebait from moving between spawning sites and adult habitat," Ms Allan said.

Part of this is the Wadeson Island restoration in the Hokitika River, where workers will create up to 3km of new river channels for adult inanga to live in. Weed control, tree planting and earthmoving will enhance 18h of nearby wetlands for native birds and improve spawning habitat for whitebait species.

The second $3.3 million project, expected to create up to 21 jobs, is 'Weed Free Tai Poutini' and involves the search and removal of weeds from about 30,000ha of public conservation land from the Taramakau River to Barn Bay in the south, and from the mountains to the sea.

It also aims to stop weeds from spreading and taking hold within the western alpine areas of Arthur's Pass National Park.

"The project partners will also work on private land to detect potential infestations before they spread to conservation areas," Ms Allan said.

The third announcement is further investment of $3 million, on top of $2.8 million Provincial Growth Fund investment, to restore freshwater in the Arahura catchment, led by the Mawhera Incorporation, which owns the river and associated reserves.

This project is already under way, and today's announcement brings the total investment to just under $6 million.

Eight landowners are working with the Mawhera Incorporation on fencing and planting 195,000 plants across the catchment.

"This is an intergenerational project, supported by $3 million of Jobs for Nature funding, aimed at protecting and restoring the indigenous riparian, wetland and forest habitats of the Arahura," Ms Allan said.

Tai Poutini Polytechnic will provide training support including industry standard qualifications, while a Mawhera Incorporation-led fencing and planting team will provide on the job training.

Ms Allan also announced more general funding of $1.28 million over two years for the ongoing Jobs for Nature initiative, which has been people who normally work in tourism, given other jobs such as monitoring pest cameras and repairing tracks.

It will enable 40 businesses to employ their staff to deliver conservation work tasks when there is not enough tourism work to support full time employment.

This project will provide around 100 people stable employment in their local community, the minister said.

"Like all the Jobs for Nature projects it is about placing an emphasis on good stewardship today to ensure an environmentally richer landscape tomorrow," Ms Allan said.

West Coast-Tasman MP Damien O'Connor said the investment came at a time when Covid-19 had really hit the Coast hard.

"These initiatives will enhance the West Coast as a destination of extraordinary beauty in a truly unique part of the world."

Ms Allan headed to Westport this afternoon to look at the flood recovery efforts, in her role as Minister of Emergency Management. 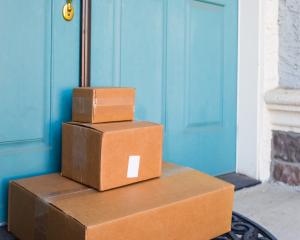 Police trying to locate 60 packages stolen from courier in Westport