Stockton mine workers to keep jobs 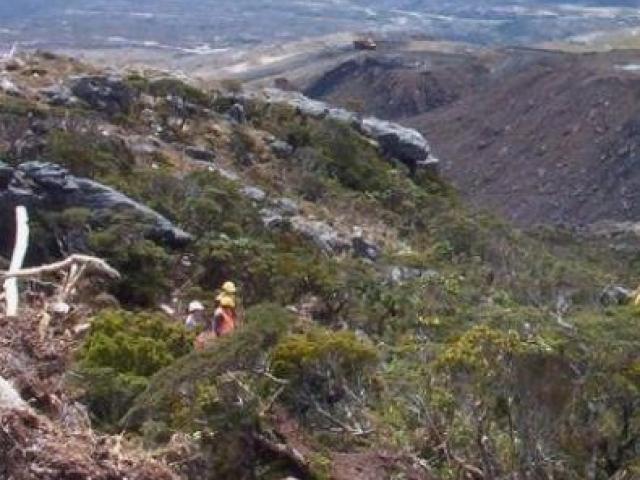 The Stockton Mine. Photo: Wikipedia

Buller's Stockton Mine workers are to keep their jobs when the West Coast mine changes hands.

BT Mining, a joint venture between Bathurst Resources and Talley's Fisheries, is poised to take over on July 31, although the deal still needs Overseas Investment Office (OIO) approval.

Bathurst chief executive Richard Tacon confirmed to the Westport News today that BT Mining would employ Solid Energy workers on individual contracts on the same terms and conditions as now.

Solid Energy would pay redundancy to workers on the collective contract, then BT Mining would offer them individual contracts, Mr Tacon said.

BT Mining had no problem with the E Tu union's plan to negotiate a collective contract. "No, that is their legal right and we have discussed that with the union officials."

Asked if BT Mining planned to increase production and jobs, Mr Tacon said: "Our plan is to operate the business so that we can be profitable at low coal price. An increase in output will be evaluated as we learn more about the business."

BT Mining did not want to be ramping up and down as the international coking coal price changed, he said.

"We cannot control the coal price but we can control our costs," Mr Tacon said. "We will review the output and manning levels as we move forward."

Bathurst put its Escarpment Mine, a stone's throw from Stockton, into care and maintenance just over a year ago because its main customer, Holcim, was leaving Buller. Twenty workers lost their jobs.

Asked whether Escarpment might re-open, Mr Tacon said Bathurst was continuing planning work around the Denniston assets. With the purchase of the Sullivan coal mining licence to come, Bathurst was looking at the overall resource again.

OIO approval for the Stockton deal was expected in July, but was out of the company's control, he said.

An OIO spokeswoman told the Westport News today that the application was still being assessed and the office was unable to say when a decision would be made.

Solid Energy currently employs 222 workers at Stockton, of whom 176 are permanent full-time. The mine employed more than four times as many before Solid Energy hit the skids five years ago.

Solid Energy chief executive Tony King confirmed Solid Energy had begun consultation with staff employed at Stockton and at Rotowaro and Maramarua in the Waikato, in preparation for transferring the assets to BT Mining.

"The sale is currently progressing through the required regulatory approval processes with settlement targeted for 31 July," he said.

"Although the settlement is not yet unconditional, it is appropriate to commence good faith discussions with employees.

"We understand that it is Bathurst's intention that 'there will be no net reduction in employment' at the three sites, which bodes well for our people and the local West Coast and Waikato communities."

The sale of Reefton Mine to Moore Mining was also progressing. Spring Creek was the only mine in Solid Energy's asset sales portfolio that had not sold. The closure of the mine was currently underway.

E Tu would be negotiating a collective contract for its 130 or so members at Stockton.

Mr Elliott said BT Mining wanted to increase mine production from the current one million tonnes a year to about 1.5 million tonnes. He expected more coal would mean more jobs. "Their intention is to grow the business, simple as that."

A mineworker, who declined to be named, told The News workers were pleased with BT Mining's proposals.

"Everyone will get a letter with a job offer and if you don't want it, say 'no'... Overall it's pretty good for Stockton and Westport."

The longest serving workers might be in line for about $20,000 redundancy, the mineworker said.

"[We] were just happy to hear what they were doing and how things were going... It's just squashed a lot of rumours, more than anything."

Buller Mayor Garry Howard said Buller finally had some certainty over Stockton Mine.

"I'm really pleased to see the takeover happening and the process they're going through. It's just been a little bit slower than what everybody would like.

"They've got a good plan going forward - but it's basically get the reins and see where they are and then move on from there."

He said the Stockton deal would also give certainty to industries looking at investing in Buller.

He wouldn't elaborate, except to say international companies needing a regular coal supply had been waiting to hear about Stockton Mine's future.

He denied he was talking about a waste to energy plant proposed for Westport.

Bathurst has headquarters in Wellington but the mine deal needs OIO approval because most Bathurst shareholders are based overseas. The company's shares are traded on the Australian stock exchange.

Last week, Bathurst announced it had received clearance from government permitting agency NZ Petroleum and Minerals for the transfer of Solid Energy's mining licences for Stockton and the Waikato mines.

Solid Energy was placed in voluntary administration to protect it from collapse in August 2015.

- By Lee Scanlon of the Westport News