'We need help': Massive rubbish cleanup too much for ratepayers 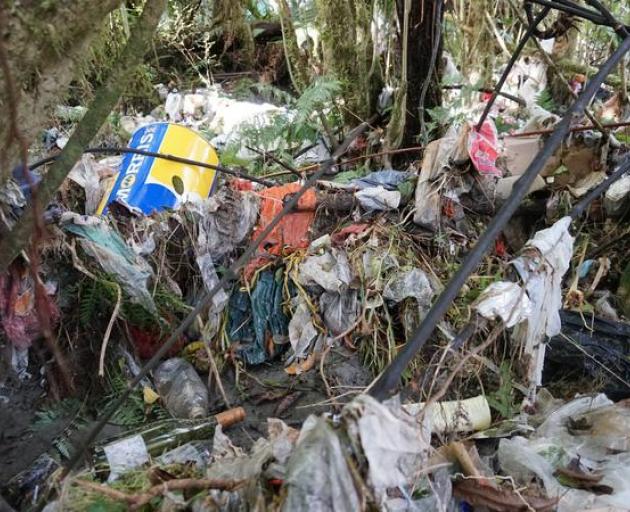 Flooding last month washed rubbish from the long disused Fox Glacier landfill down the river and along the coast, prompting a major cleanup alongside flood damage repairs.

The Westland District Council confirmed yesterday it would continue to support efforts, however, only within its financial capabilities.

"We've got a responsibility under the Local Government Act to act in a fiscally responsible manner," Mayor Bruce Smith said.

"That was something we discussed at length and in particular how far do we go with 6500 ratepayers? How much expense can we afford to go to?"

Mr Smith said a conservative estimate of the cleanup bill would be around a million dollars.

He said it was clear the small ratepayer base couldn't afford to cover the months of work required.

"We're able to fund it for another two weeks but we have to balance the other competing requirements that we have. We have a limited amount of cash, we need assistance."

Spending would be reviewed in two weeks time, with work still underway on other problems caused by the flooding such as road and bridge washouts up and down Westland.

Mr Smith said the council had sought central Government advice on where it might access alternative funding.

"When we have a natural disaster like we have at the moment I would anticipate that 86 percent of the funding would come from the Crown."