‘I run marathons to visit the world’ 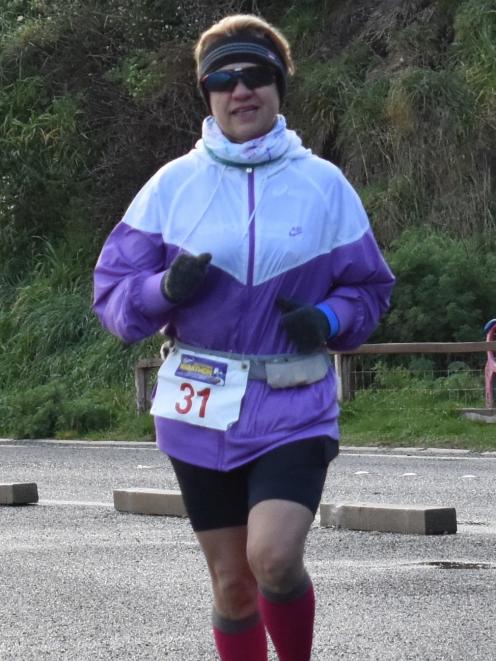 Brazilian couple Edilson Queiroz and Marines Melo were two of the most travelled in making the start line of yesterday’s Cadbury Dunedin Marathon.

The couple flew into Auckland before beginning a six-day road trip south last Sunday,  to arrive in Dunedin at lunchtime Saturday, leaving behind them a snowstorm in Queenstown.

Casting an eye to fitness and health, the couple (both 53) from Recife, Brazil, first hit the marathon stage at the Athens Classic Marathon in 2008, an event embracing the legend of Pheidippides and the 1896 and 2004 modern Olympic marathon courses. The event in 2015 attracted  a record 43,000 competitors.

But while Queiroz, a public servant with the Brazilian Central Bank, prefers short distances, his wife,  a data processor, was bitten by the marathon bug at the Athens event and has continued to conquer 42.2km courses around the world.  Yesterday she ticked off her 52nd marathon and the feat of running on a seventh continent.  She has competed in most of the major marathons around the world including New York, Berlin, Tokyo, Paris, the Great Wall in China and the Comrades in South Africa. She has a personal best marathon time of 4hr 13min she clocked for the Las Vegas event.

"We like to run and know as many continents and countries as we can,"  Queiroz said.

"While we are in Oceania, we saw Australia and New Zealand as a good opportunity and next week we are in Sydney for the marathon."

The last marathon the couple travelled to was the Jerusalem Marathon  in March, an event the attracted 25,000 competitors from  more than 60 countries. Eight months earlier,  Melo  was in a similar-sized field, basking in 28degC at the White Nights St Petersburg Marathon,  where she completed the course in 5hr. A year later she finds herself starting the Dunedin event in 4degC which climbed to around 10degC with intermittent showers and a hail storm. Queiroz’s only run over the marathon distance was in Rio de Janeiro.

"I leave the longer distance for Marines. I’m not super fit like she is. She loves running the marathon. She likes me to travel with her to help her with the languages."

"I run marathons to visit the world,"  Melo added.