Athletics: Future may lie in clubs running together 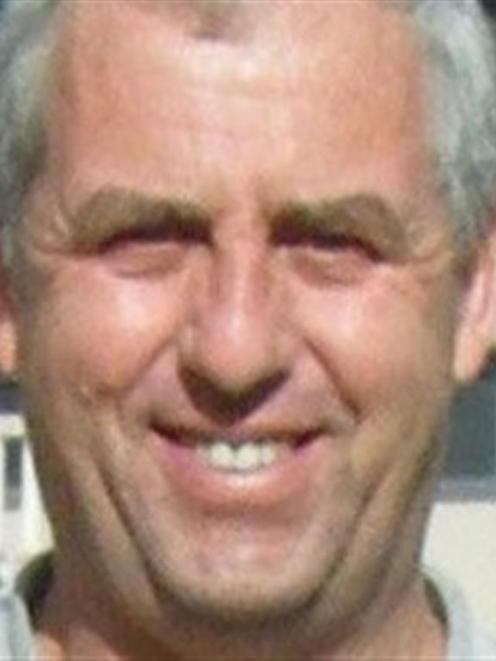 Bruce Cowan.
It is only a matter of time before more Dunedin athletics clubs are forced to merge and some are likely to join forces sooner rather than later, the boss of Athletics Otago says. Athletics writer Damian George reports.

There appears to be a growing resignation among athletics circles in Dunedin that declining club membership numbers will lead to the amalgamation of some long-standing associations.

There are presently six clubs in the Dunedin area but all spoken to by the Otago Daily Times this week agreed falling membership numbers in recent years was a concern, particularly in the 18-30 age-group.

There were mixed feelings among club presidents about the idea of mergers, but Athletics Otago president Bruce Cowan said it was essential for some clubs to do so in order to survive and tipped there would be changes coming soon.

"I think it's probably inevitable, in the not too distant future, that at least another two clubs will merge,'' he said.

"Clubs have long traditions and there is always going to be resistance, but it makes sense in the current environment, when it's hard to attract volunteers to do the administration work that's needed, for mergers to occur again.''

Athlete numbers were continually dropping overall and some clubs were struggling to field teams for interclub competitions, Cowan said.

Athletics Otago had no say in how clubs managed themselves and the association would not object if clubs approached each other to discuss teaming up, he said.

"My personal view is the merging of clubs working together to field teams is a really good idea.

"But, at the same time, I would not want to intervene and put pressure on clubs to do this.

Caversham Harrier and Athletics Club president Murray Reynolds said he understood some associations were in favour of combining all clubs into one, and called on them to stop talking and take action.

"There are clubs that I think should merge. Those clubs that have been talking about doing that [merging all clubs] should, in my opinion, get off their [backside] and start merging with other clubs.

"But that's not going to increase numbers; it's going to decrease them.

"People would just turn away from the sport because you wouldn't have that club atmosphere and rivalry any more.''

"[There are fewer] numbers and not as many people stepping up in administration roles, as well.

"It's affecting all sports - bowling, softball, cricket - they've all got that same social problem.

"Professional sport is taking over, and clubs are folding.''

The club was strong and was not looking to merge, [the Hill City and University clubs merged about two and a-hlaf years ago] but it was likely more clubs would be forced to do so, he said.

"The problem with that is you've got a lot of club cultures and a lot of history which ... people don't want to lose.

"But there are a lot of older people in clubs and, in another 10-15 years, with young people coming through, that may be a different scenario.''

Ariki Athletics and Harrier Club president Peter Bromley said mergers were not on the club's agenda at the moment.

However, he suggested the administration of athletics in the city could do with a major overhaul.

"We recognise, as clubs lose their runner base, it gets harder to manage everything that the club wants to achieve, and clubs have to look at various options, such as merging.

"Certainly, the merger between University and Hill City was very successful, but it takes time and it's not something you want to rush into.‘‘All clubs should really consider the structure of the sport and how they can best serve the kinds of runners that are evident.

"In the past, the focus has been on servicing competitive runners and I think times have changed a lot.

"There are not enough of those kinds of runners around any more.''

Civil Service Harriers president Robert Homan said the club had not been approached about merging and had not discussed it, but would consider the option if it was approached.

The club's members were proud Civil Service was the oldest active running club in the southern hemisphere, but acknowledged there were too many clubs for the number of summer athletes in Dunedin.