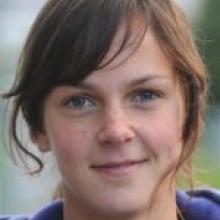 Greene (17), who is coached by Jim Baird, led from the start and increased her lead throughout the race to win by the big margin of 56sec, in a time of 13min 43sec.

Atkin and Pali had a close battle with Atkin just having an edge of speed at the end.

Greene, who left for Europe with the New Zealand Development team yesterday, was a key member of the St Hilda's team that finished third in the six-girl senior teams race.

The event was won by Wanganui Collegiate with 166 points, from New Plymouth Girls' High School 177, and St Hilda's 267.

Nikita White (Otago Girls') was first in the girls AWD race in 10min 28sec and David White (King's) won the boys AWD title in 7min 20sec. Both events were over 2km.

Tim Morrison (Kavanagh College) was fifth in the Year 9 race, in 10min 03sec over 3km.

Joshua Browne (John McGlashan) was sixth in the junior boys race over 4km, in 13min 20sec.