Athletics: 'Onwards and upwards' after fourth 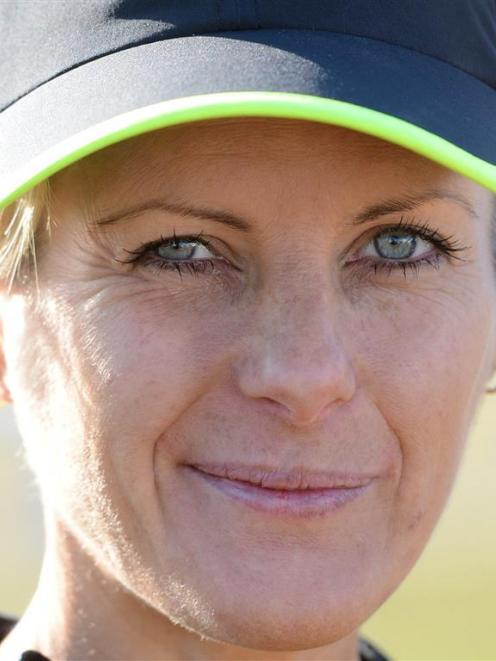 Mel Aitken.
Dunedin runner Mel Aitken was "a little bit disappointed'' but had no regrets after finishing fourth in the Rotorua Marathon at the weekend.

In a relatively slow race on Saturday, which doubled as the New Zealand Marathon Championships, police inspector Aitken ran a time of 3hr 30sec, well below her personal-best time of just under 2hr 50min run in Christchurch last year.

The race was taken out by former Olympian Liza Hunter-Galvan, of Auckland, in 2hr 55min 25sec.

Aitken said she was not so much disappointed to miss out on a medal, but that she did not meet her own goals.

"I've got no excuses. I went quite hard at the start and probably paid for it.

"There was a head wind in the second half but that's not really an excuse - that's just running.''

Aitken had aimed to run the course in about 2hr 50min, a time that ultimately proved beyond any of the women.

With her run, though, she finished second in the 35-39 age group and officially came third in the New Zealand championships, as one of the place-getters was not a New Zealand-registered athlete.

Aitken would put the race quickly behind her and get ready for the New Zealand Mountain Running Championships in Queenstown in two weeks and the Christchurch Marathon in June.

"It's probably been a good run to do because I've got a lot more coming up.

"It shows me where I'm at and what I need to do to go forward. I've got no regrets - onwards and upwards.''

Aitken said her body felt fine and she could not wait to "lace back up and head on out again''.

The race was won by Wellington runner Nick Horspool in 2hr 27min 39sec.

He finished ahead of Palmerston North's Chris Sanson, who came home in 2hr 28min 10sec, and Auckland's Ciaran Faherty, who finished in 2hr 28min 22sec.

More than a thousand runners took part in the race, with 641 men and 371 women lining up.