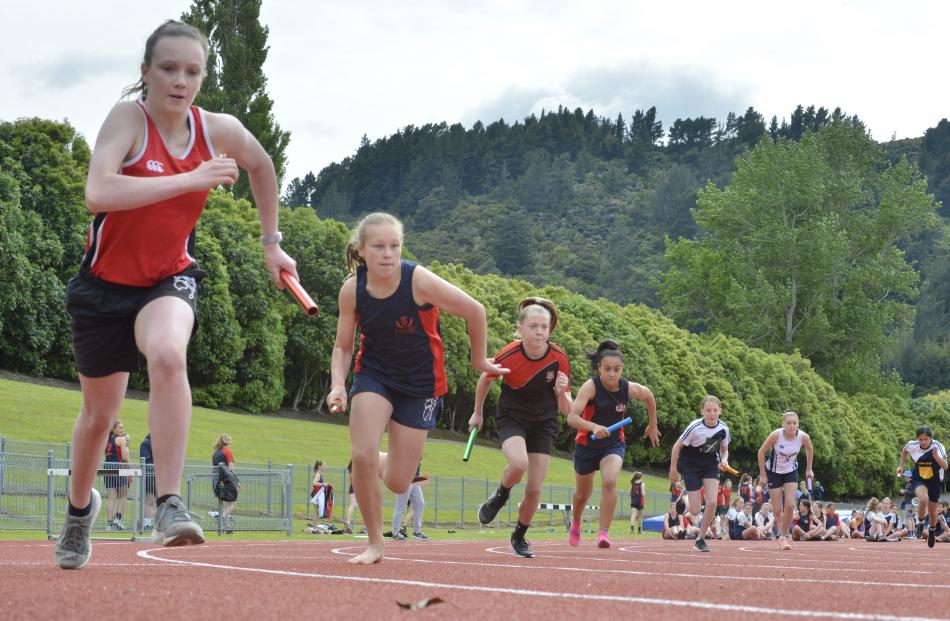 The first leg of an under-13 girls 200m relay heat. PHOTOS: GERARD O'BRIEN 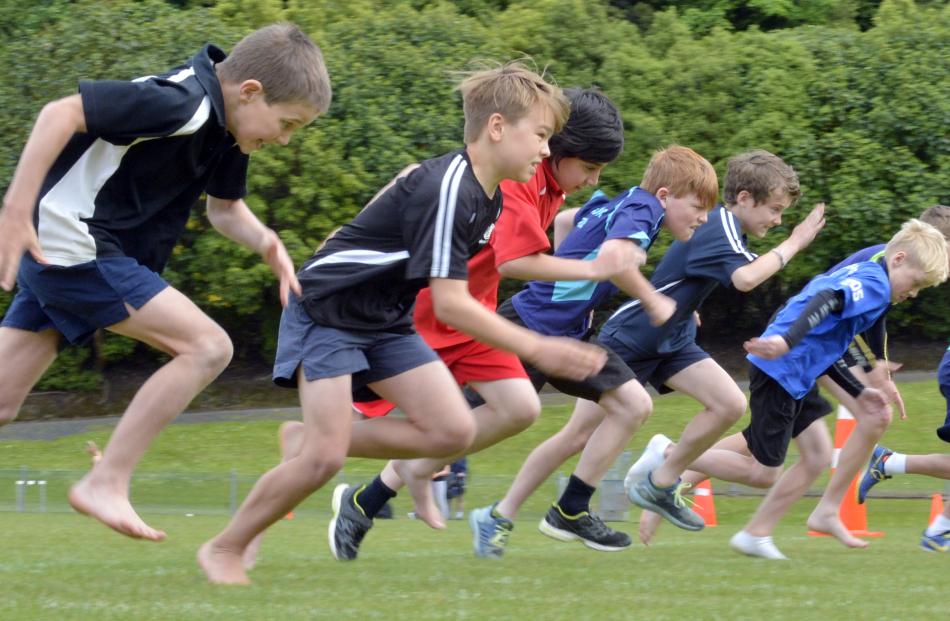 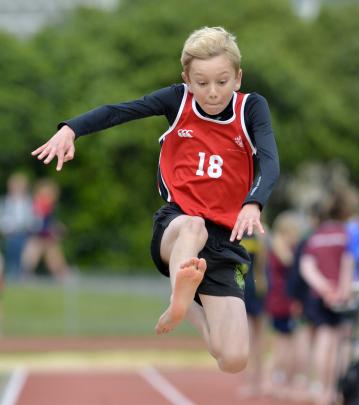 Finn Jones, of Fairfield School, competes in the boys under-12 long jump. 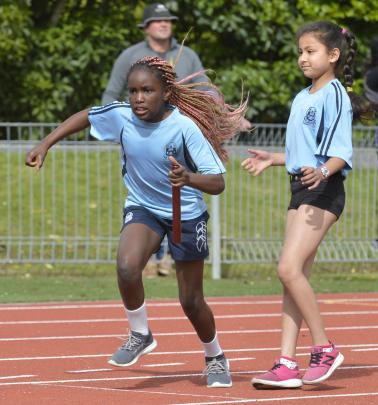 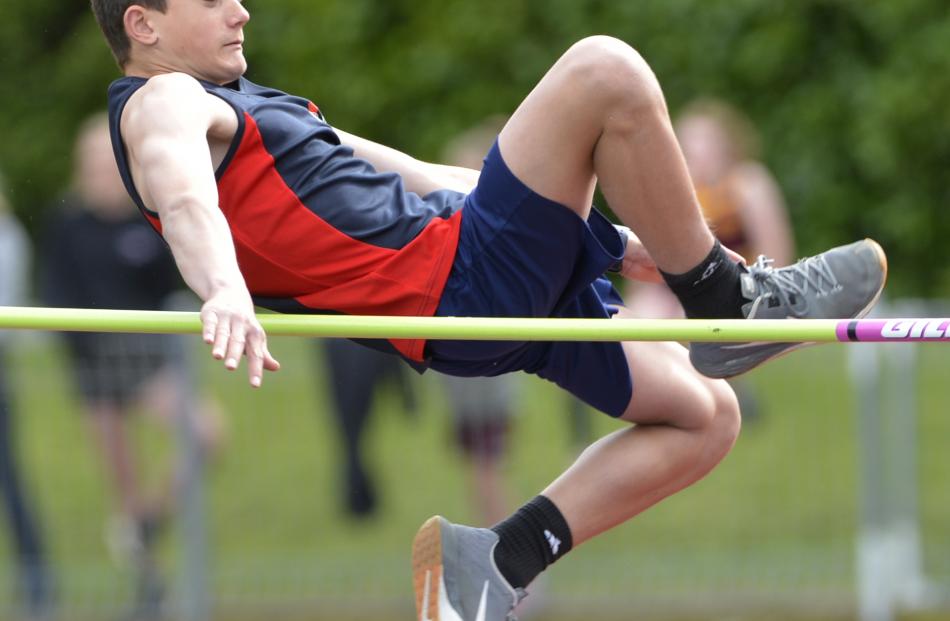 Liam Barron, of Balmacewen Intermediate, clears the bar in the 13 and over boys high jump.

The Otago primary school athletics championships finally got out of the starting blocks at the Caledonian Ground yesterday. Wet weather had shifted the event to yesterday from Tuesday and the young runners, jumpers and throwers gave their best, setting five records.

Ruben Karawana, of Waikari School, set a record of 9.60m in the boys under-11 shot put, well ahead of the previous mark of 8.95m.

In the under-12 girls long jump, Charlotte Cardno, of St Hilda's Collegiate School, jumped to 4.46m, passing the record of 4.43m.