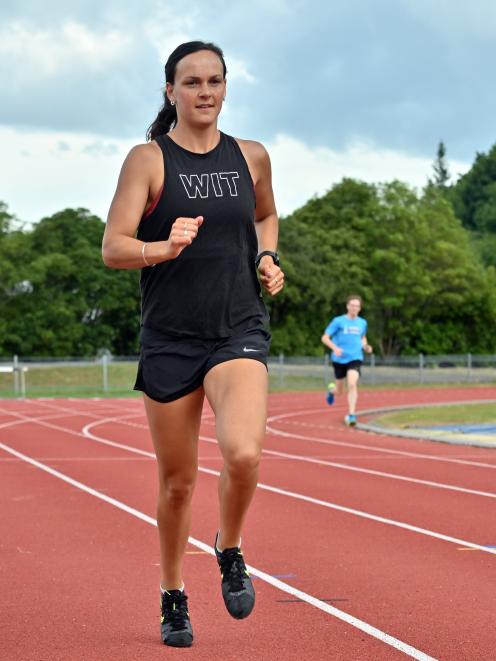 The Hill City-University runner has plenty of travel on the agenda as the domestic track and field season enters its busy period.

That includes running at three of the four Classic meetings in the North Island, which provides a good lead-in to the national championships in March.

Tonight’s Potts Classic in Hastings is the first of those.

Greene (27) will compete in what should be a quality 800m which includes several notable names from around the country.

"It should be a really good field," she said.

"The rest of the field is looking good as well, so it should be an exciting race."

Greene had not finalised what events she will run in the national championships.

She has several 800m races lined up over the coming weeks and will use those to figure out how she is performing.

The 5000m has been a successful event for her of late, too.

She ran an impressive 16min 04sec in Auckland the week before Christmas to lower her Otago record.

While trying to break the 16-minute mark was tempting, the distance was not likely to become a focus and her priority would remain with the 1500m.

"I think the 1500m definitely, just because I enjoy doing those races a lot.

The Commonwealth Games remain a goal for Greene.

Qualifying times have not come out for next year.

To make the Olympic long list to be considered, she would need to take 8sec off her 1500m personal best and 3sec from her 800m time.

A new job is helping with that.

She is working part-time remotely for a company which sells New Zealand products to the Middle East.

That is allowing her more flexibility in training times and, importantly, allowing her to put more time into her recovery.

Fellow HCU runner Oli Chignell will also run at the Classic in the 3000m, which is doubling as the national championship race in the event.

Chignell’s personal best in the event is 8min 03.64sec.