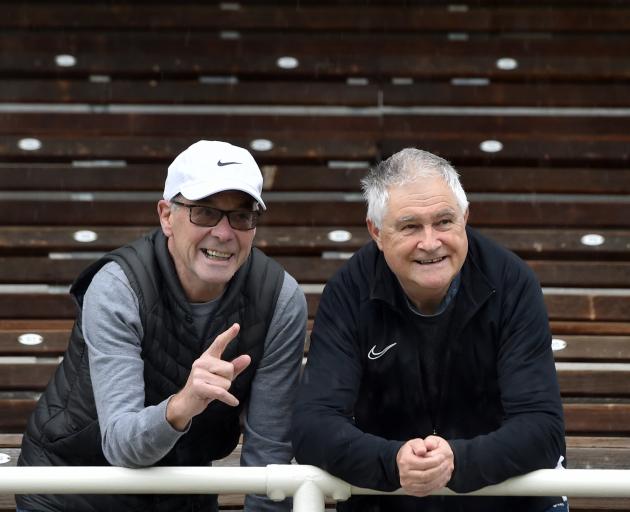 But for 50 years they have all come up short.

Tomorrow will mark a half century since the senior men’s record was last broken, as this year’s edition of the event is held at the University of Otago Oval.

Several members of that team will be on hand to reminisce about the achievement, in which the team ran the 6x1500m race in 24min 12.6sec.

Most importantly there was depth in the group of Lindsay Dey, Alistair Stewart, Stuart Melville, Bruce Beath, Trevor Sutherland and Keith Darling.

All six runners clocked times of between 3min 57sec and 4min 06sec — not bad on a grass track.

For the record to stand for 50 years shows how impressive the run was.

"I think the fact the record’s stood for that long is amazing," Dey said.

"It doesn’t happen in many sports.

Coached by Alistair McMurran, it trained under the Lydiard method, which Dey said had been key to the quality. In the lead-in to the 1971 event it had competed in several events with success.

Beath said just making the University of Otago team had been a tough task and for him that was as big a deal as breaking the record.

The ground had been in good condition and the team had made use of the cricket rollers and brought a lawn mower to cut the grass on the inside lane.

The University team streaked ahead and finished 32 seconds ahead of the second-placed University of Canterbury team.

Keeping the pace in the middle legs was key.

All six members are still alive.

Dey is a competitive triathlete, while Beath has taken up bowls and keeps active.

Stewart lives in Auckland and is still competitive in orienteering, while Sutherland is in Tauranga and is still active as well.

Darling runs a farm near Nelson and Melville is an accountant in Dunedin.

Will their record be threatened any time soon? Dey and Beath both reckoned the team atmosphere that existed in those days was not as prevalent now.

However, Dey said he would be thrilled if the record did eventually get broken.

"I’d be extremely happy to see it go.

"If we could get the resurgence of a group of athletes who could all be doing around 4min would be marvellous."