Staufenberg (22) was fresh off an 11th place at the world triathlon championships in Huatulco, Mexico. 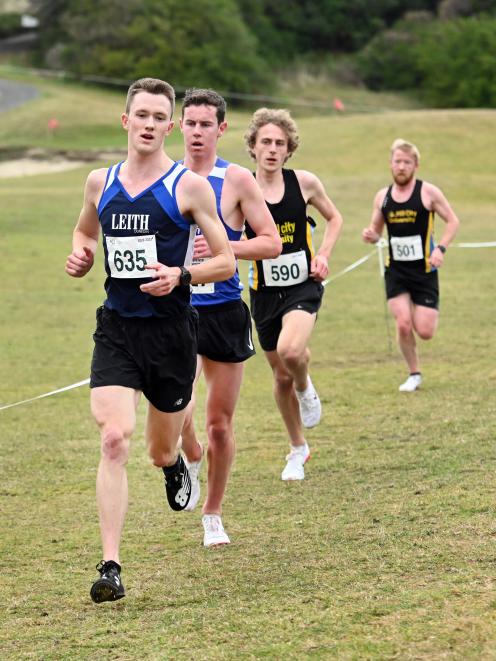 He led the 10km Otago race from the start with Liam Chesney (Wellington) on his shoulder but, as the speed went on over the final 2km, Chesney was unable to match Staufenberg’s turn of unforgiving pace.

Staufenberg crossed the finish in a smart 35min 8sec with Chesney 21sec back in second.

As Chesney is registered with the Wellington centre, his silver medal went to third-placed Joel Carman (Hill City-University), who finished in 37min 9sec.

In her first race of the year, Margie Campbell (Hill City-University) led the senior women’s field on the same Otago cross-country course from start to finish, winning in 42min 59sec.

A competitive race took place in the junior men’s under-20 event , Reuben Beard showing a turn of pace in the final stages to win the 8km title in 28min 23sec. 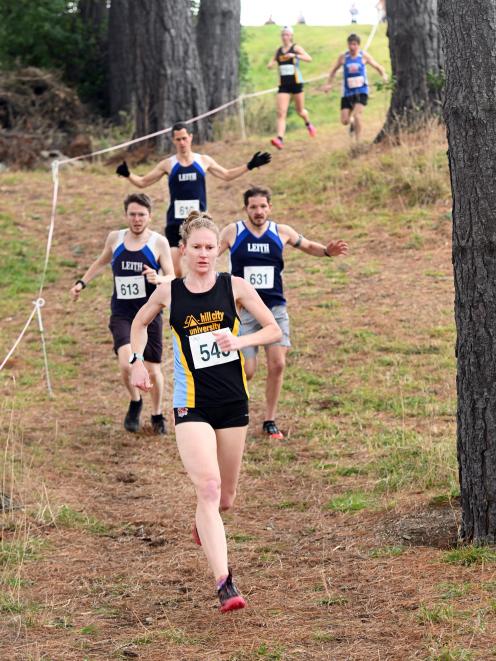 Winner of the senior women’s field, Margie Campbell, leads a group of runners through the trees.

Becky De La Harpe (Caversham) made her intentions clear early in the race for the 6km women’s under-20 title, leading from the start to cross in 25min 37sec.

The race of the day was arguably for the women’s under-18 title over 5km.

Local runners to watch in the coming years are the Hill City-University pair of Jake Owen and Matthew Bolter.

Both displayed a rapid turn of pace over the 6km course, Owen eventually getting the jump on Bolter to win in 21min 34sec. Bolter crossed for second in 21min 43sec and third was James McLeay (St Pauls) in 22min 13sec.

Another highlight of the championship was the run from Jennifer Walker (Ariki), who won the 6km masters women’s title in an impressive 25min 49sec, almost 4min clear of the field.

Oliver O’Sullivan (Hill City-University) was equally as impressive in his run to victory in the masters men’s 35 grade over 8km, crossing in a smart 28min 36sec, 2min clear of the Leith pair of Glen Chisholm and Andrew Lonie.

The cross-country section of the winter harrier season will conclude with the national cross-country championship in Taupo in two weeks. 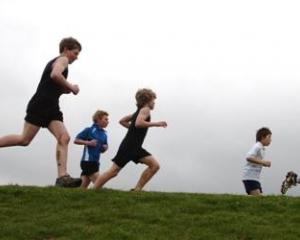 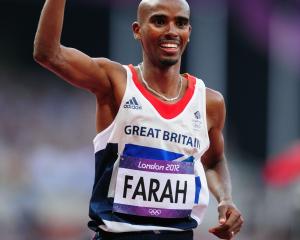