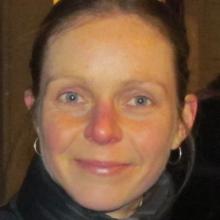 Sarah Chisnall.
It has been two long years, but Dunedin’s Sarah Chisnall made a triumphant return to the podium when she won the open women’s section of the quarter marathon in 47min 37sec.

"I was really stoked just to get on the start line and finish," she said.

"To get there and jog today is pretty awesome."

A past champion on the marathon course, Chisnall (34) has battled stress factures for the past two years, which led to breaks in both her feet in October last year. That resulted in  surgery to pin them, along with bone grafts, meaning she spent last Christmas in hospital.

"I was four months on crutches, casts and in moon boots and 10 weeks non-weight-bearing, so to get back jogging now is a real blessing."

Playing down her victory yesterday, Chisnall said it was a good marker of her progress.

"I’ve learned to just run my own race, because when you can’t walk, you soon realise just how much you take things like that for granted. Just to get back walking and to be able to jog again is a real bonus."

Chisnall added how thrilled she was to  take part, praising the work of the organisers.

"The crew do such a good job, and every year it is just that bit more streamlined."

Another local runner overcoming recent adversity was Otago 1500m champion Sam Bremer, who over the winter months had issues with shin splints. The problem stemmed from his diet. Modification of that helped  him to make the start line yesterday.

Bremer (22) has only recently been able to lift his weekly training  to 100km and, with renewed confidence, he thought he would mark a return with yesterday’s quarter marathon.

"I thought if I was going to do a session it may as well be that," he said.

The Chris Palone-coached Bremer was pleased with the ease in which he clocked 40min 41sec yesterday.

"It should be a good lead-in to summer," he said of planning ahead to contest five of the classic grand prix meetings.

"They all serve as Commonwealth Games qualifiers and there’ll be some really fast guys in the fields to drag me around, to get some PBs."