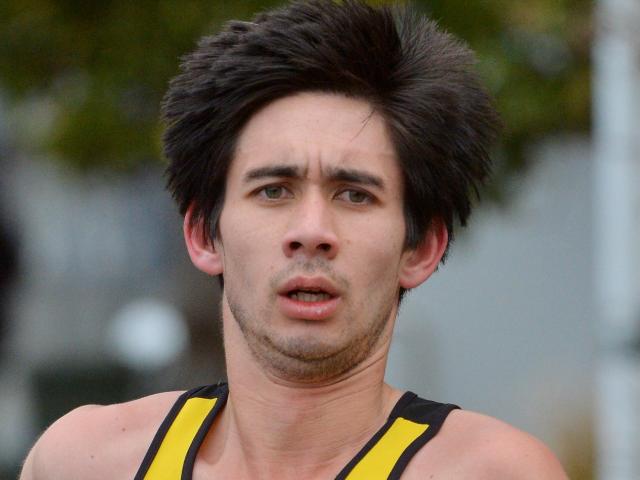 Tony Payne
A move to London and a switch of nationality has proven a winner for a former Dunedin runner.

Tony Payne flies to Doha today for the world championships.

The 30-year-old will line up in the marathon, although he will not be wearing a black singlet.

Instead he will represent Thailand for whom he is eligible through his mother.

He made the switch two years ago after running an Asian Games qualifying time at the Berlin Marathon.

The switch has also provided an easier route to top events - up until this year Athletics New Zealand had set its qualifying marks far higher than the international standard.

He finished eighth at those Asian Games and in Frankfurt last year ran 2hr 16min 56sec to break the Thailand and Southeast Asia records.

That allowed him to quit his job - a legal role with a sports technology company in London - and focus on running full-time.

It has landed him at his sport's pinnacle event.

After a few nerves over his form, he has begun to feel more confident in recent weeks.

His goal is to put in a good performance - a top-20 finish would be ''very good'' result, although top half would still be good.

''On paper, I'm right at the tail end of the field in terms of personal-bests.

''I know I'm in better shape than that, so it's going to be quite hard to quantify what a good performance is.

''I'm not that nervous about it because, at the end of the day, I'm not racing for the gold medal.

While the world championships was a new experience, it would not be entirely unfamiliar.

He has had experience running in the heat, having competed in Southeast Asia.

The Asian Games had given him a taste of major competition as well - he compared the exposure of the event to a Commonwealth Games.

That was all a long way from Dunedin, where he grew up and went to university.

It was three years since he left for London with partner Julia, after spending five in Auckland working at a law firm.

He enjoyed coming home when he could.

Seeing old friends was always good and he remains a devoted Highlanders fan.

He felt the running in Dunedin was some of the best in the world as well, particularly around the hills.

Cost made visits more difficult, although he planned to return for two weddings next year.

Beyond the world championships the Olympics was the next major event.

Qualification for that had become much harder this time, although he would have a go.

After that he hoped to continue running full-time through to the 2021 world championships in Portland, Oregon.

He was unsure whether he would remain in London and returning to New Zealand was a possibility.

For now, his focus remained on Doha.

His race will be on the final day of the event on October 6.