Young man of many talents 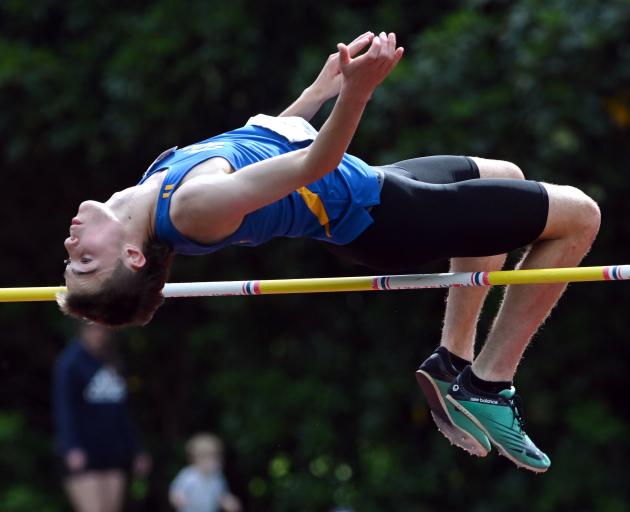 The 14-year-old is good at just about everything he tries.

He can jump higher and further than anyone his age in Otago. The year 9 Tokomairiro High School pupil is awfully quick as well, although he prefers the 400m and 800m events.

And he has represented his province at age group level in rugby, touch and hockey.

His mother, Lisa McElrea, spends a lot of time shuttling her son around the various events.

But it has been worth it. Millar finished the athletics season on a high at the interprovincial grade 12-13 meet at Christchurch this year.

He won the 13 boys' high jump with an Otago record of 1.75m. Earlier in the year he broke the Otago long jump record for his age with a leap of 5.82m, so he has his name beside both records.

He also placed seventh in both the 400m and 800m at the interprovincials and was named captain of the Otago athletics team.

Last year, he represented Otago in the under-65kg grade. He is a centre-cum-outside back.

''He is still trying to do everything,'' Lisa said.

''But we are having the conversation that he is probably going to have to cut down to at least one sport a season.''

That is sort of news to Millar, although he conceded he was pretty busy.

''I'd like to stick with all my sports as long as I can, because I really enjoy doing them all,'' he said.

''But if I have to make a choice I'm not sure [which ones I would choose] at the moment.''

Millar has really enjoyed hockey this year, though, so that is probably at the top of the list. He is up front where he can make good use of his speed.

The next big event for Millar is a South Island interprovincial touch series in Christchurch next month.

The South Island Colgate Games are in January and then there are the touch nationals in Auckland in February to look forward to.