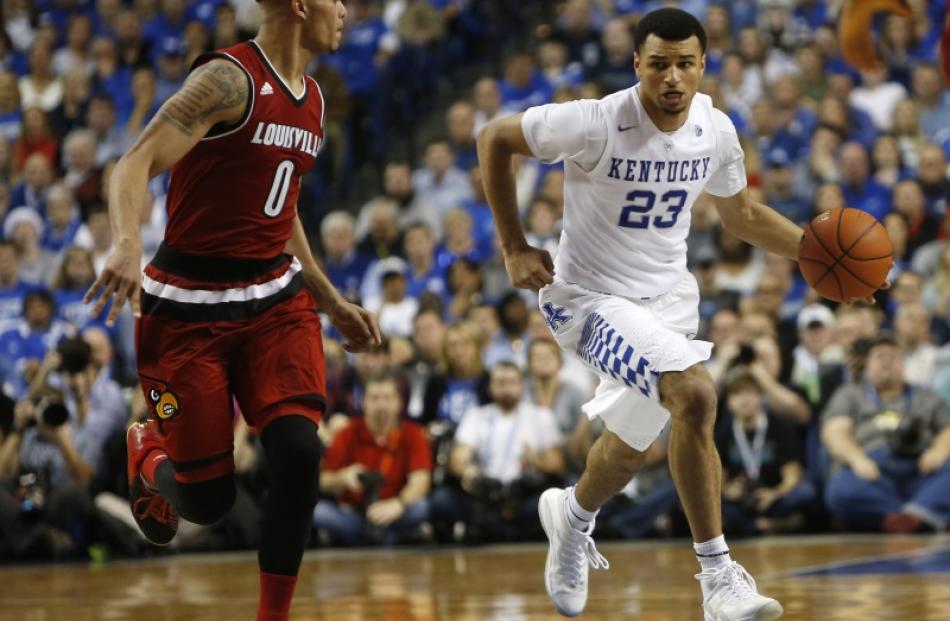 As conference play gets underway in US college basketball, Otago Daily Times Online sports writer Jeff Cheshire looks at some of the contenders.

SMU is one of three unbeaten teams left this season and enter as favourites to top the American, although are banned from progressing to the post-season due to NCAA violations. That leaves Connecticut and Cincinnati as the two most likely tournament contenders, despite Cincinnati losing their conference-opener this week. Both possess a handful of quality players and look to be the best bets here.

North Carolina are the team to beat with depth in bigs and a handful of threats outside, including star point guard Marcus Paige. Their biggest rivals, Duke, will compete too, with Grayson Allen leading the way and talented freshman Brandon Ingram getting better as the season progresses. Kiwi Jack Salt has a chance at a championship on a strong Virginia team, who are ranked fifth in the nation, while it would be dangerous to overlook Miami or Louisville. The ACC will quite possibly be the most competitive conference in college basketball this year.

The top end of the Big East is strong. Providence are ranked No 12 nationally and possess one of college basketball's best players in dynamic guard Kris Dunn. Xavier are ranked No 6 and were unbeaten, before being routed this week by fellow Big East contenders and No 16 ranked Villanova. Alongside those three, Butler have had a strong start to the season, despite losing their conference opener to Providence.

It should be a two-horse race between Michigan State and Maryland in the Big Ten, although Purdue could cause problems. Michigan State have spent recent weeks as the nation's No 1 ranked team, although will likely drop after losing their first game to Iowa. That loss was without star senior Denzel Valentine, a swingman who can do it all and will compete for national player of the year. Maryland meanwhile boast depth and versatility across the board. Kiwi guard Tai Webster plies his trade in this conference, although his Nebraska Huskers will be doing very well if they are in the mix come season's end.

The last time Kansas were not either top or joint-top in the regular season of the Big 12 was 2004. That tells you something about their dominance. With a loaded team who have dropped just one game, to Michigan State, it would not be a surprise if that continued for the No 2 ranked team in the nation. It is not that clear-cut though. Oklahoma, the future school of Kiwi Matt Freeman, are unbeaten and boast one of the nation's best guards in Buddy Hield. Iowa State will compete too, with versatile forward Georges Niang leading the way, while playing alongside a bunch of other potential stars. West Virginia have had a good start, although they look to be in the shadows of the three favourites.

There is a solid top end in the Pac-12. Arizona are ranked eighth in the nation and have withstood the loss of several stars from last year reasonably well. Utah and their seven-foot European centre Jakob Poeltl have received plenty of buzz. UCLA have been up and down, but remain a threat. California was highly touted, although dropped a few games early. Teams with young stars can be like that though, so don't be surprised if they rise later in the season. Meanwhile Oregon State boast one of the best players in the conference in Gary Payton II and could compete, as could a fairly young Oregon team. Whether there is elite high-end talent among that group is a question, although there is depth and the title here is very much wide open.

South Carolina are undefeated, but Kentucky will enter as favourites for the SEC. With a young team, as per usual, the Wildcats have arguably the best backcourt in the nation. The key to how far they go will be how well their frontcourt competes, an area recently-arrived Kiwi Tai Wynyard will look to help in. Aside from them, LSU contain the best NBA draft prospect in Australian Ben Simmons, although as a team have not functioned, having dropped five games. Texas A&M have had some good wins and look the best bet to beat Kentucky. South Carolina's quality remains questionable having played a weak non-conference schedule.

Best of the rest

Gonzaga are always dangerous and have a quality front line, although having lost Przmek Karnowski for the season, they might struggle to compete nationally. Their conference rivals, Saint Mary's, have started well, although need to prove themselves further away from home. Wichitia State had a horror start without injured star Fred van Vleet, although are capable of making a run with him back in the line-up. George Washington have a solid line-up with a couple of quality international players and along with Dayton, will be the favourites in the Atlantic 10. Valparaiso should win their conference and are capable of an upset nationally, while Monmouth have knocked over a handful of big names.