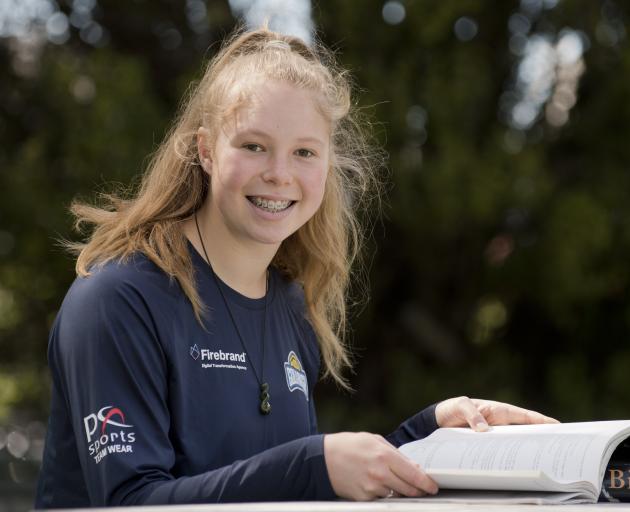 The 18-year-old will take a break from the books and join the Otago Gold Rush for a couple of critical games in Auckland this weekend.

The year-13 Otago Girls’ High School pupil has had a hectic week or so dealing with a horrid run of exams.

She has had a test scheduled for nine out of the past 10 days — including a run of eight consecutive exams.

The teenager enjoyed a brief reprieve yesterday before her final test today.

"So far I’ve had scholarship exams in chemistry, bio, physics, stats and calculus, and normal level 3 exams in stats, calculus and bio," she puffed out in one breath.

All that study meant there has been precious little time for basketball.

"It has been hard to find the time to get my training in each day as well as studying and sitting exams on the same day."

But as a kind of perverse benefit of Covid-19, the Gold Rush has had an extremely long pre-season so Matehaere should be able to slot back in seamlessly.

The team has already played two games in the National Basketball League so far.

Matehaere was probably knee-deep in text books when the side was beaten 58-47 by Harbour and 63-55 by Waikato.

The back-to-back losses mean the side needs to win two of its remaining three round-robin games to make the semifinals.

"We just need to work on finishing at the end. There has just been a few turnovers in the last few minutes which have proven costly."

The Gold Rush had a shoot around scheduled last night in preparation for tomorrow’s match against Capital and Sunday’s fixture against Auckland.

Matehaere, who was recently named in the New Zealand under-19 squad, had her heart set on entering the college system in the United States. But the small forward had to re-evaluate when she injured her ACL last year and when Covid-19 arrived.

She has accepted an academic scholarship at the University of Otago instead and will remain in Dunedin and play for the Gold Rush again next year.

Her father, Brent Matehaere, played for the Otago Nuggets in the 1990s and coached the franchise to its maiden National Basketball League title this year.