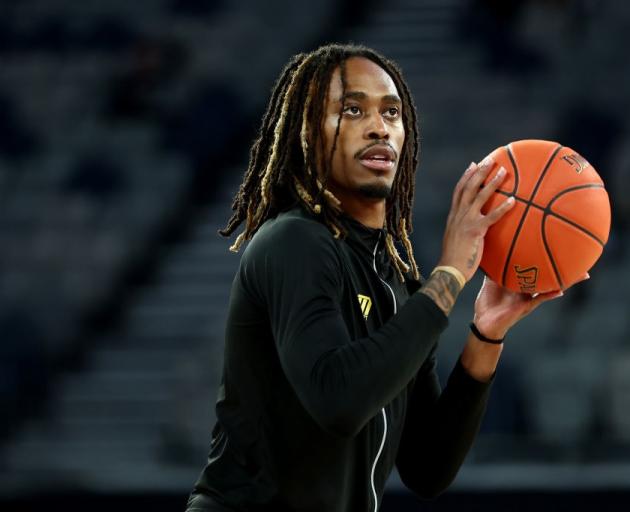 Now the serious work of getting everyone pulling in the same direction gets under way for coach Brent Matehaere.

And the first assignment is against the Wellington Saints at the Edgar Centre in Dunedin tonight.

The Nuggets have already played a couple of away games. They had a 19-point loss to the Nelson Giants and a 79-75 defeat to Canterbury last weekend.

There were some good moments in both games and also plenty to work on.

But tonight’s match offers a more accurate glimpse of the team’s potential.

The imports have arrived and that should change everything.

Todd Withers and Keith Williams have had a solid week of training since arriving, while Tahjere McCall arrived midweek from Australia and is fresh off a scorching game for the Cairns Taipans.

The American guard scored 42 points and had 10 assists in a monster performance the Nuggets will be hoping he can replicate over and over.

"What you saw from him was energy and enjoyment and he really comes to play," Matehaere said.

"He loves playing defence and he loves getting to the rim ... and from the guys I’ve talked to he is a great team man.

"We are really excited to have him and privileged to have Tahjere on court with us."

McCall will need help, though, and he will get it.

Williams is athletic, speedy and the 1.96m swingman from New York "is finding it easy to put the ball in the hoop," Matehaere said.

"It is going to be an exciting season I think."

"And Todd is certainly an athlete. They are going to be fun to watch, I can tell you that."

Withers played for the Adelaide 36ers in the Australian National Basketball League this season and was used to set screens and stand in the corner and wait for an opportunity to shoot.

"In my mind his skills were under-utilised in the 36ers and he can certainly put the ball on the floor and play."

He is also in possession of a very good vertical leap which is always handy.

Individually, they all sound great.

But building chemistry will take some time, Matehaere said.

"We wanted players around Sam [Timmins] that space the floor. Sam draws a reasonable amount of attention and now he can pass that inside-outside pass to shooters.

"We’re going to have some serious success, and I see Timmins leading the league in assists."

The centre has a quality passing game to go with his impressive powers under the hoop.

The Nuggets’ game plan will be nice and simple to start with until the players are more familiar with the systems. But playing tight defence is always a must and particularly when you are up against a side like the Saints.

They got pummelled 117-81 by the Sharks in their opening match, but Matehaere has not read much into that result.

"Obviously they had a very young side.

"They are getting some pieces [this week]. Mike Smith, an import point guard, has joined their group and will obviously bring speed and athleticism.

"That will be a challenge for us, and hopefully we can get the ball out of his hands and not allow him to create too much."

"I think the Saints will build through the season — a little but like us. Once they have all their pieces, they’ll certainly be strong."