Back to work, although perhaps not back to the day-to-day grind just yet.

Otago Nuggets coach Brent Matehaere had a special welcome as he returned to teaching at Otago Boys’ High School yesterday.

The school held an assembly for the National Basketball League coach of the year, a day after he returned with the champion team.

He was joined by Nuggets and school old boys Benoit Hayman and Darcy Knox. 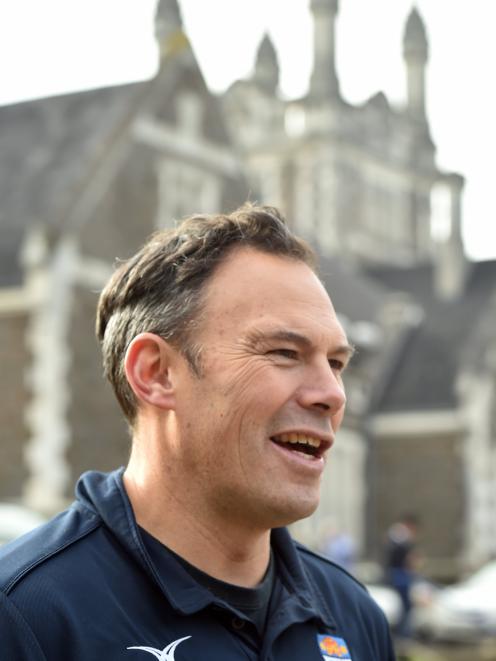 After being congratulated, Matehaere received an emotional haka from the school which he said was "awesome".

"I’ve taught the haka here for a long time ... but to receive one is pretty special," Matehaere, who has been at the school for 22 years, said.

"And the respect the boys are showing me and the mana behind that is really cool."

A group of boys wore white shoes, a tribute after the inability to find brown shoes in Auckland left him wearing white shoes with his blue suit.

Initially he received criticism for the wardrobe malfunction.

But as the team kept winning, the trend stuck.

Henderson plays for the Otago Boys’ 1st team and doubles as one of the city’s top referees.

"Just so much elation," he said of the win.

"I’ve been a fan of Otago basketball and played for so long.

"It just seems like Otago, we try really hard and never quite get to the top.

"To see Mr Matehaere and the Nuggets come out on top was just so cool to see. "

Knox and Hayman both said watching the welcome was special. .

Hayman described the haka as "a beautiful moment", while for Knox it had current significance, having coached the school’s junior team for the past few years.

The school’s top basketball players will not have to wait long to get a renewed taste of the NBL’s coach of the year.

They leave at 6.45am today to play Timaru Boys’ High School.