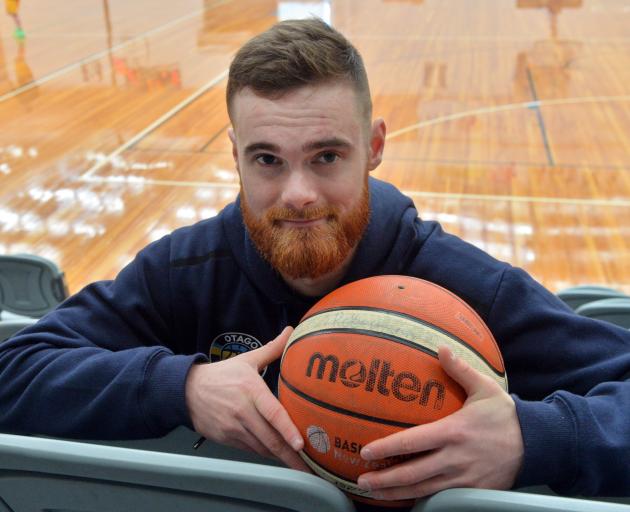 The 24-year-old Andy Bay Falcons guard was part of the Nuggets’ training squad until he injured his AC joint two weeks before the National Basketball League (NBL) draft.

He quickly turned his attention to providing scouting reports for the team instead.

Initially he was analysing the Canterbury Rams and Manawatu Jets. But his role expanded as the tournament went on.

Robertson is studying for a post graduate diploma in applied science specialising in performance analysis at the Otago Polytechnic.

His academic background combined with his basketball knowledge meant he was well-placed to provide the team with some thoughtful analysis.

"I guess it was my first real experience of working with a team, and it was cool because I kind of had to figure it out on my own what to do," he said.

Robertson would code the various plays into categories like "bad box out" or "slow read". And over the course of the game, the data it generated would help unmask patterns.

He identified some poor boxing out and slow transition defence in an early loss.

"The good thing about those problems is you just show the boys the tape and they are experienced enough to [make the adjustments]. They turned it around pretty quickly."

Sure did. The Nuggets went on to beat the Manawatu Jets 79-77 in the final and claim their first NBL title.

The 34-year-old has spent the past two seasons with the team, which confirmed he has re-signed.

It will be his sixth year in the Australian NBL, having also played three seasons with the Perth Wildcats, where he won two titles.