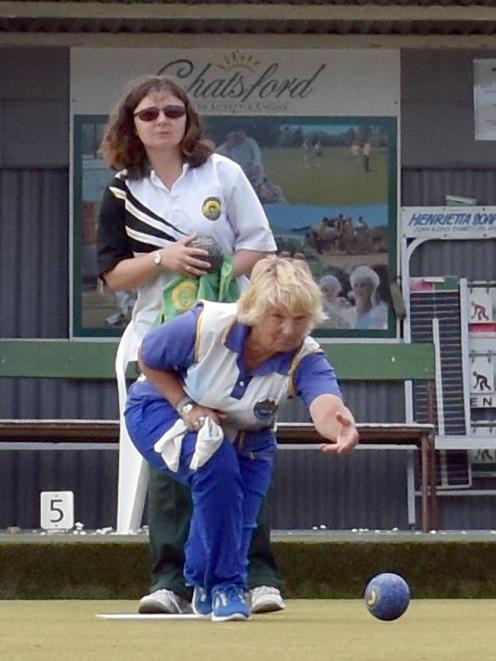 Brown was once again the top seeded player going into the weekend's tournament.

Her results in section play were as impressive as they were in post-section when she defeated Shannon McEwan, of Green Island, 21-9 in the quarterfinals and then accounted for Carolyn Crawford, of St Clair, 21-11 in the semifinals.

While the result of the final against Grigg mirrors her results in qualifying, the scoreline does not reflect the intensity in play over the last 14 ends of a 22-end affair in the race to score 21.

For the first eight ends, it appeared Brown would run away with victory as she held a comfortable 10-1 lead.

But then Grigg began to counter the pressure being asserted by Brown over the next six ends to close the game up.

However, Grigg's fate was sealed over the final eight ends as Brown limited her opponent’s scoring shots to just three singles while she scored three twos, a single and wrapped the game up with three on the final end.

Brown’s performance over the weekend was straight from the top shelf as she mastered a two-paced green.

In the morning it was slow from one end and fast from the other, and it turned around to the opposite for afternoon play.

Grigg, eliminated by Brown in the semifinals last year, was full of praise for Brown's ability to control play.

"Not many people beat Beth," she said.

"She played really well and I'm just happy I got to the final."

Brown said that she was "pretty stoked to get the win" and go back to back with the title.

"I got off to a great start, but I always knew Lee is a great bowler and was always going to come back.

"We had ends. Sometimes I'd nail it going one way, then Lee would be all over me going back the other."

For Brown, who was part of the Taieri team which won the regional seven tournament in December, yesterday's title was her 16th centre title.

Both Brown and Grigg are members of the Dunedin Centre's senior squad.