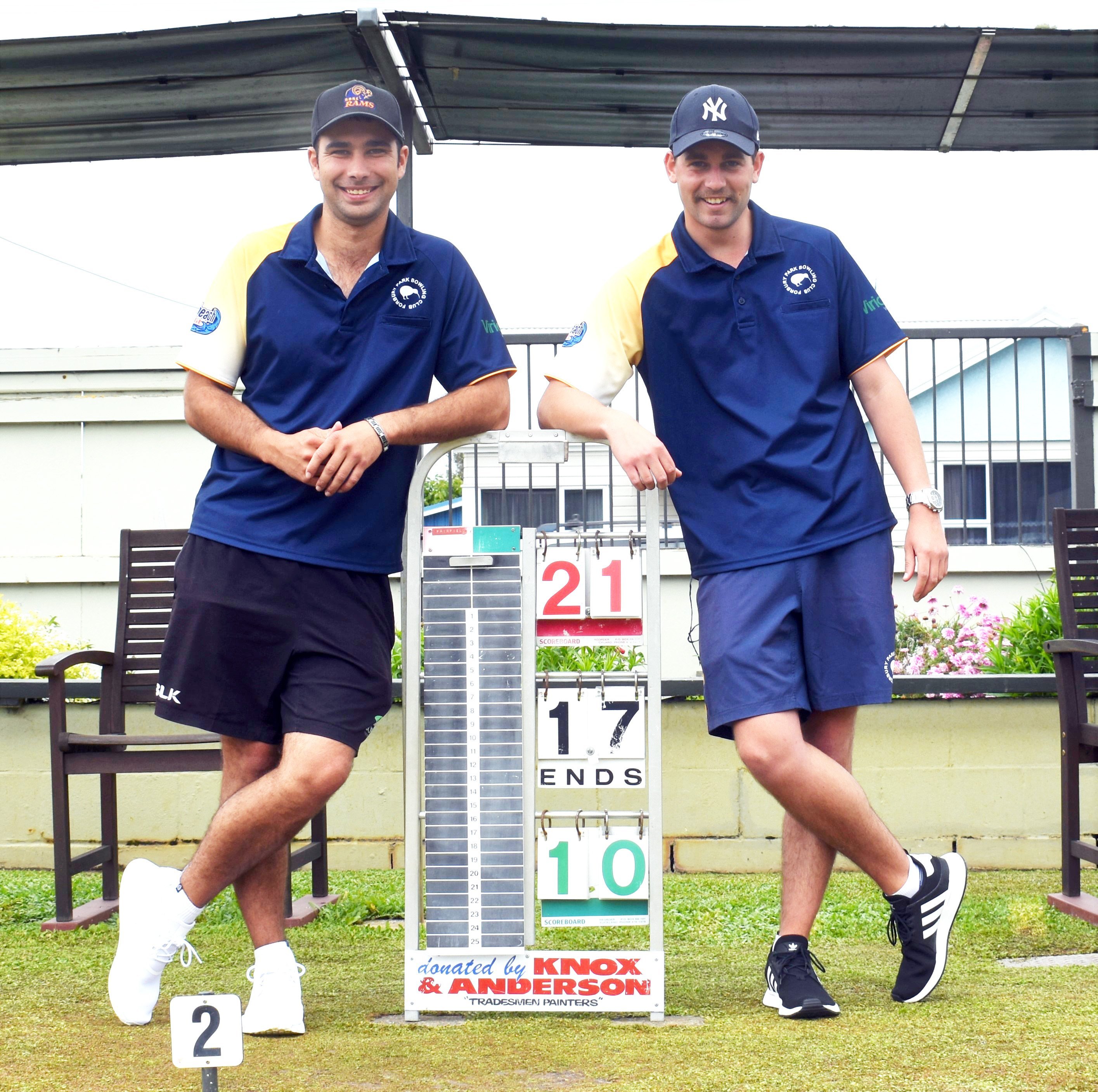 With the green running true from both ends, and defending father-and-son champions Adam and Tommy McGregor (Wakari) laying waste to a number of reputations on the road to the final, the stage was set for an intriguing final as Bagrie-Howley and Mason swept aside all opponents on the other side of the draw.

For Mason, who has in the past combined with twin brother Elliot, it was a good opportunity to play alongside Commonwealth Games contender Bagrie-Howley.

From lead, Mason was consistently on the jack with pinpoint accuracy, placing pressure on McGregor and limiting his options on the head while setting play up nicely for Bagrie-Howley.

The Forbury Park duo set the scene for victory after just six of the mandatory 18 ends when scoring four shots on the third and fifth ends to sail out to an 11-3 advantage.

From there, the Wakari pair were outplayed with a class display from Bagrie-Howley and Mason as they ran away with a 21-10 win to claim the season’s first piece of silverware.

“It was good to be in the final with Dad again,” Wakari skip Adam McGregor said.

“We always knew these boys were going to be pretty hard to beat. They’re a class act.”

Bagrie-Howley and Mason had been wary of the Wakari pair’s form going into the final.

“Both teams deserved to get there,’’ Bagrie-Howley said.

‘‘We had a game plan and we ran with it the whole tournament and it paid off.

“It was just a case of loading up the head and being patient and waiting for them to miss or limit them to just one shot.”

Bagrie-Howley switched from the Gore club to Forbury Park to join Mason, who said the new combination was shaping nicely.

“It’s always good to play with someone of such a high calibre as Sheldon, who draws the best out of you,” Mason said.

Eathorne and King will play the winner of the semifinal between Sarah Scott and Browyn Stevens (North East Valley) and the Outram pair of Janet Swallow and Christine Boorer.