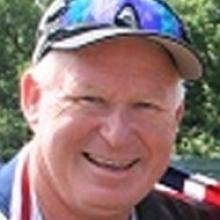 Paul Girdler
Former Dunedin bowler Paul Girdler cemented his spot in the Commonwealth Games team with a dominant display on the Gold Coast at the weekend.

Girdler (53) won five of his six games in the Trans Tasman tests which counted as a final trial for April's Commonwealth Games at the Broadbeach club.

He was a key member of the senior New Zealand team of five men and five women that won the Trans Tasman Trophy for the first time since 2011. The Black Jacks have won the trophy only three times in the past decade.

The Black Jacks were outplayed in the first test but came back strongly in the final two tests to win the coveted trophy. Four disciplines of singles, pairs, triples and fours are played in each test. In the first test, the men won only the triples and the women the singles and drew the fours.

But the team came back strongly in the second test with the men winning all four games. Tthe women won three games and drew the fours.

In the deciding third test, the women won the singles, pairs and fours and the men the triples and fours. New Zealand won the trophy on the countback of games 60-45.

The men's and women's development teams and the parasport team all lost their series 3-0.

Girdler played for New Zealand from 1998 to 2004 and then had an 11-year gap before returning to international bowls in 2015.

He played for the Wakari club before shifting to Australia nine years ago.

The third test was vital. The Black Jacks were down early but drew level at 14-14 before the final end. Australia had the shot on the head but Forsyth, the outstanding member of the men's team, drove it off with his final bowl.

Girdler, Grantham and Forsyth were the best performed members of the men's team and won five of their six games.

Edwards teamed with the experienced Val Smith in the pairs and lost the first test 17-10 and then won the second test 24-6 and the third 19-15. Smith won three games, drew two and lost one.

The other members of the women's fours team were Tayla Bruce, Katelyn Inch and Mandy Boyd, who won two games, drew two and lost two.