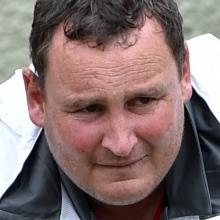 Graeme Hislop.
It was a pleasant surprise for Callum Horwell when he was named in the Bowls Dunedin sevens team for the national finals in Wellington.

Horwell (21), an apprentice fitter and turner, is the only new cap named in the Dunedin team for the prestige event later this month.

"But I didn’t expect to be in the team."

Horwell, who started playing bowls when he was a pupil at Balmacewen Intermediate nine years ago, is lead in the four.He has concentrated on developing his draw game as a lead or second and was a key member of the Dunedin men’s under-8 years [experience] team that won the national final two years ago.

The annual men’s inter-centre event was first held in 1970 and Dunedin, the most successful team, has won the title 13 times. The last time was in 2013.

The Dunedin team will be led by World Bowls champion Mike Kernaghan in the singles. Former internationals in the team include Shaun Scott, who will skip the pair, and Terry Scott, the fours skip. 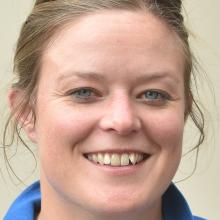 Sarah Scott.
Dave Archer, the second in the four, will return to the team for the first time in 10 years.

"Dave played himself into the team by his form in the zone 6 event and in the northern quadrangular against Wellington, Canterbury and Marlborough," chairman of selectors Jim Scott said.

Central Otago and South Otago will also be sending strong men’s and women’s teams to the finals.The zone 6 10s was held for the first time this season and it has honed the competitive skills of all zone 6 teams from South Canterbury to Southland.

A newcomer in the Central Otago men’s team is Conor Muir as lead in the pair. The experienced Pat Houlahan will skip the four.

Kaitangata machine operator Graeme Hislop will skip the South Otago four. He is known as the "Ice Man" on the green because of his cool temperament.Central Otago won the national men’s final in 1976 but this year it is its women’s team which has a better chance of reaching the semifinals.

Singles specialist Christine Buchanan and the pair of Margaret O’Connor and Debra Lloyd are capable of matching the best female bowlers in the country.

The women’s event was first held in 1991, when it was won by South Canterbury, the only zone 6 centre to win the event.

North Otago will not be sending teams to the event at Wellington from March 23 to 26.