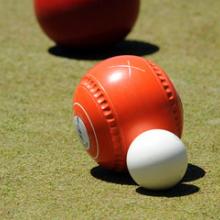 The Dunedin men won the two-day quadrangular event with 12 points (differential plus 45) ahead of Wellington 10 (plus five), Canterbury eight (minus seven) and Marlborough six.

Dunedin was the most consistent team, winning six of its nine games.

``It was a good win for us on greens that ran faster than those in Dunedin. There was also a strong wind to contend with,'' team manager Jim Scott said.

``It gives us confidence before the national sevens finals in Wellington next month.''

The four beat Canterbury 28-10 and Marlborough 15-11 but lost 15-12 to the strong Wellington team of Grant Wakefield, Bradley Down, Mike Solomon and former Dunedin bowler Ben King.

Archer was the most consistent bowler in the team and was backed by Fleming who played the crucial shot when it was needed. Experienced skip Terry Scott played several match-winning shots and shone in the narrow win against Marlborough.

The pair of Craig McCaw and Shaun Scott had a big 31-18 win against Canterbury's Lance Pascoe and Gary Lawson but lost to Marlborough 19-17 and Wellington 23-12.

The women's event was won by Wellington with 16 points. It was followed by Canterbury 11, Marlborough five and Dunedin four.

It was a disappointing display by the Dunedin women's team which won only two of its nine games.

The pair of Beth Brown and Carolyn Crawford beat Marlborough 17-12 and lost a cliffhanger to the unbeaten Canterbury team of Pam Phair and World Bowls medallist Angela Boyd 19-17.

She also lost narrowly 25-24 to Marlborough's Sandra Bunt in her final game.