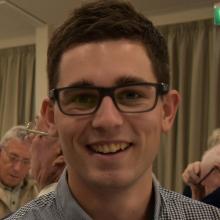 Mason (25), a purchasing and logistics officer at Dunedin Hospital, progressed through the early rounds with a series of convincing victories.

He then met former national triples champion Blair Barringer in the quarterfinal, which tested his nerve and stamina.

Both had overcome an exhaustive series of games and the changing nature of the rink as the carpet responded to a variation in external and internal air temperature.

Mason appeared to be untroubled in the first of two sets, winning 7-5. But Barringer bounced back to win the second 10-4 and force a tie-break.

Mason overcame his second-set blues to win the tie-break 2-0, drawing in on the head with outstanding accuracy.

"It's a hard format but it's what makes it exciting," Barringer said afterwards.

"You've just got to keep battling, just to get to the next end," he added of the changing nature of the rink throughout the day.

Both Barringer and Mason hit the quarterfinal stage having dominated in earlier rounds and their quarterfinal knockout clash was reflective of two fine bowlers in top form.

"That was one of the toughest games I've ever played in PBA competition," Mason said.

"The guy [Barringer] is a class act and despite being away from the game for the past five years, is looking good for the upcoming summer season."

Mason will now meet Brent McEwan in the semifinal to be played on finals day next Sunday.

The winner of the Paul King and Geoff Wilson semifinal on the other side of the draw will play in the final that will follow.

McEwan's road to the semifinal stage came at the expense of national development squad member Caleb Hope in a see-saw encounter.

The three-end tie-break went down to the final bowl in which McEwan drew shot to snatch victory from the jaws of defeat, 2-1.

The other side of the draw belonged to King, who accounted for players such as Andy McLean, Ross Stevens and an in-form Karl Mason.

Mason recorded one of the highest-scoring victories in PBA competition this season when he despatched Darron Wolland 14-0, 14-2, in the quarterfinal.

King will be all too aware of the threat Wilson poses if he is to progress through to next Sunday's final.

Wilson progressed through to play next Sunday by defeating Tom Taiaroa in an epic encounter between two fine tactical bowlers.

Taiaroa appeared to have the measure of Wilson when he won the first set 10-5, but Wilson won a cliff-hanger second set 9-8 and then secured the tie-break 2-0.