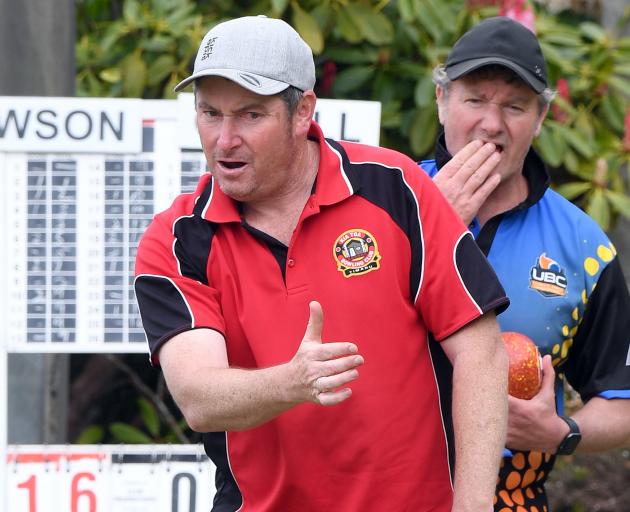 They are on opposite sides of the draw and, if form is anything to go by, they could face each other in the final, expected to start at 1.30pm.

Lawson has been in superb touch throughout section play. He has displayed his ability to get out of trouble with patience and skill and his drives have been of pinpoint accuracy.

Only in the final match of section play was Lawson unable to work his way out of trouble, going down to former Black Jack Sean O’Neill 25-18. But by then, he had done more than enough to secure his place in the knockout stage.

“Seany played well. He’s a good player. It was a good wee battle.

"It’s just nice to have won the section and look forward to a big day tomorrow,” he said after yesterday’s final match in section play.

“I’m pretty happy. They’re coming out all right,” he added.

Lawson said that like many of the players in the tournament he had not played much in recent times but was pleased with how everything was tracking.

“It’s just the start of the season, so it’s good to get a lot of bowls under my belt and set things up for the rest of the season.”

Despite his loss in the final round of section play at the hands of O’Neill, Lawson still showed signs of being in the game, and remains a definite threat to McIlroy’s chances of a three-peat.

But with several reputations already having taken a pounding over the weekend, the final outcome could come down to one end or one lucky shot.

McIlroy was the only bowler to emerge from section play unscathed, notching six wins from six games. Just like Lawson, he remained cool under pressure and found a way to dig his way out of trouble.

There were some epic encounters in the final two rounds of section play yesterday, two matches in particular taking over three hours 40 minutes and going well into 30-plus end.

Only four players emerged assured of a place in the quarterfinals, with eight being handed a second life in a post-section play off round.

Of these, Clements was the first to progress to the quarterfinal stage and a match with world champion McIlroy this morning after defeating Sincock 25-19.

For Clements, the task of taking on the world champion for a place in the semifinal is something he will take in his stride.

“That will be a challenge, won’t it? It will be good to play against someone like that though. I’ve played him before and he done me like a dinner.

"Tomorrow’s another day. All I can do is give it my best.”

A drive from Murray Scott secured his place in the quarterfinal with a 25-23 win over 2019 finalist Curtin. Scott will play Lawson for a place in the semifinal.

The other matches for quarterfinal places were also close encounters.

Kelly made the most of his second life to defeat O’Neill 25-19 and will meet Bagrie-Howley.

In the final match, Stevens defeated 2009 champion Shuan Scott 25-23 to set up a quarterfinal with Martin. 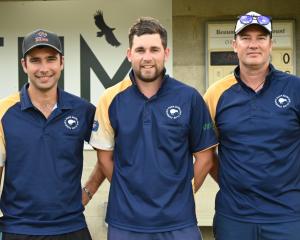 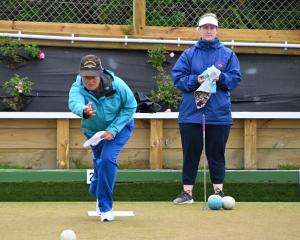