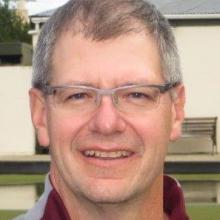 Pat Bird
Canadian Pat Bird will face the toughest test of his career in the North East Valley Invitation singles at the weekend.

Bird (52), a member of the Canadian international bowls squad for a decade, is spending time in Dunedin as he prepares for the world champion of champions singles in Sydney at the end of the month.

He was added to the field when Stephen Ditford (Canterbury) pulled out after suffering a neck injury.

Bird, the Canadian singles champion in 2016, knows that it will be tough because World Bowls champion Mike Kernaghan and Black Jacks squad member Tony Grantham are in his section.

It will give him the opportunity to get the tough competition he needs before he competes in Sydney.

"The playing conditions are different and the greens a lot quicker and truer than in Canada," Bird said.

"The quality of club players is very strong and they are always getting close."

Bird, an accountant, has taken time out from the Canadian winter and has been spending time playing bowls for the North East Valley Club in Dunedin since 2011.

His partner, Joanna Cooper, a member of the Canadian women’s four that won a bronze medal in the Multi Nations event on the Gold Coast in June, is studying for a PhD in geophysics at the University of Otago.

Bird will be in Dunedin until late January and intends to play in the national championships.

"I have been aware of the Invitation Singles for a few years and see the caricatures of the winners on the clubroom wall."

There are 12,000 registered bowlers in Canada.

"We have some good players but Canada is a big country and the players are spread out. The challenge is to get regular tough competition like players in Australia and New Zealand get all the time."

This is the 27th year of the Speight’s-sponsored event, which has developed a reputation for being the toughest singles event held in New Zealand each year.

Other top internationals playing this year are Nathan Rice (Australia), who won  silver and bronze  at the 2008 World Bowls, and Tony Grantham (North Harbour), who is being tipped to make the New Zealand team for next year’s Commonwealth Games on the Gold Coast.

The winners of each section go straight to the quarterfinals and the second and third-best in each section play for the final four spots.

The prize money  is $15,000 and the winner’s purse is $5000. It is the most prize money for a bowls tournament run annually by a club in New Zealand. The New Zealand TAB will open a book on the event.

Speight’s Invitation Singles
At a glance 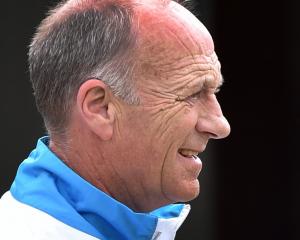