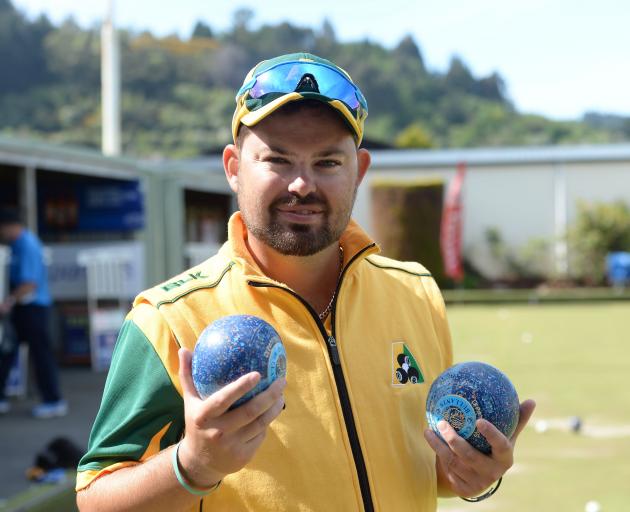 The top prize for bowls in the United Kingdom is the 55,000 paid to the winner of the PBA World Indoor singles.

The total prize money for all disciplines at the New Zealand open championships was boosted to $40,000 in 2015 and the North East Valley Invitation purse this year is $15,000 with the winner collecting $5000.

Wilson admitted being nervous as he started the final.

''Yeah, there was always a little chatter at the back of my head telling me that I was playing for big money and such a prestigious title,'' he said.

Wilson has played 56 tests for Australia and knows about the tingling in his spine at the start of a major game.

''International bowls is very competitive and you want to do your best for your country,'' he said.

Sixty-four bowlers paid the $1000 entry fee to enter the Everest of Bowls tournament at the Dudley Park Bowls Club in Perth this month. Wilson was sponsored by Oze Kool.

''They are keen to go again and we have already booked our spot for next year,'' Wilson said.

The big pay day has not changed Wilson's approach to bowls.

The prize money is not as big but the intensity and competition is just as strong in the invitation singles at the North East Valley Club.

He was runner-up to fellow Australian Brett Wilkie in the event two years ago. Wilkie won 25-14.

But it has not been easy as Wilson suffered from food poisoning and was not able to eat any food on the first day's play on Friday. It was one of the most difficult in his bowls career.

Wilson had a bottle of Coke with him that was recommended to soothe his upset stomach.

He purchased some pills from the chemist to help him through an agonising first day.

''You have got to show character and keep fighting through it,'' he said.

''I've been in good form and I will still give it my best shot and see how I go on the last day,'' he said.

''I wanted to give myself a chance and pushed through the first two games, have a good night's sleep and keep my fingers crossed that the bug is gone by the morning.

''When you've got a bug in your system you just have to push through the pain.''

It has been a hectic time for Wilson as he has travelled to compete in major tournaments. He lives in New South Wales and has competed in Brisbane, Perth and Dunedin this month.

Wilson was born in the small Victorian country town of St Arnaud, grew up in Bendigo and was encouraged to start playing bowls by his grandmother at the age of 10.

He has recently purchased shares in a race horse called Hurricane to give himself an interest outside bowls.