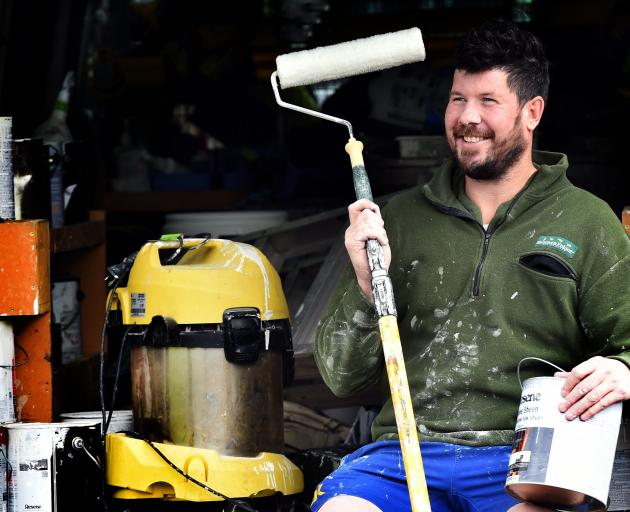 But the former medium pacer is promising to stick to his new role as coach of the senior team and will roll his arm over only in the nets.

The 39-year-old had a long and productive career for the Swamp Rats.

He played 415 senior games and took a club-record 852 wickets during a career which spanned more than 20 years,

Lobb retired from playing at the end of the 2018-19 season but popped back up in third grade last summer.

"The club did try to find a coach and I kind of said I would do it if they couldn’t find anyone else. So here we are — I’m doing it," Lobb joked.

Ian Mockford will manage the side and Lobb has also roped in former Green Island coach Alun Kennedy.

"He is going to be floating around and doing some work with the batters as well, so there are plenty of guys to help."

Green Island has dominated the club scene since the turn of the century, winning 11 senior titles in the past 20 years.

But there has been plenty of turnover in the past few summers as stalwarts such as Lobb have retired from playing.

"My job is to make it easy for the players just to turn up and play. I’ll give advice when I need to give advice.

"We have lost some players but we’ve still got a good core like Geordie Scott, Gregor Croudis — Christi [Viljoen] is playing again. Brad Kneebone will captain this year and Soaps [Blair Soper] is back from his Achilles injury.

"Our second grade has won the comp for the last two years, so there is enough young talent who are ready for a bit of a step up."

To foster some intraclub competition, Lobb said the first and second XIs would train "as one big squad and we’ll pick the teams on a Thursday".

"And we are always looking for new talent," he adding, slipping into recruitment mode.

The club season will get under way on October 31.

Lobb, who is a painter by trade, has coaching experience but mostly in rugby.

He was part of the coaching staff which helped Southern win the premier rugby banner in 2017. He has also coached at colts level.

But cricket is his main love. The right-armer forged a remarkable club cricket career and knows the scene more intimately than arguably anybody in the city.

He is fiercely competitive as well but will not be making a return to the field.

"I’ll only roll my arm over at training when the bowlers have done enough and they go and have their bat," he insisted.