Coach seeks to get most out of Sparks 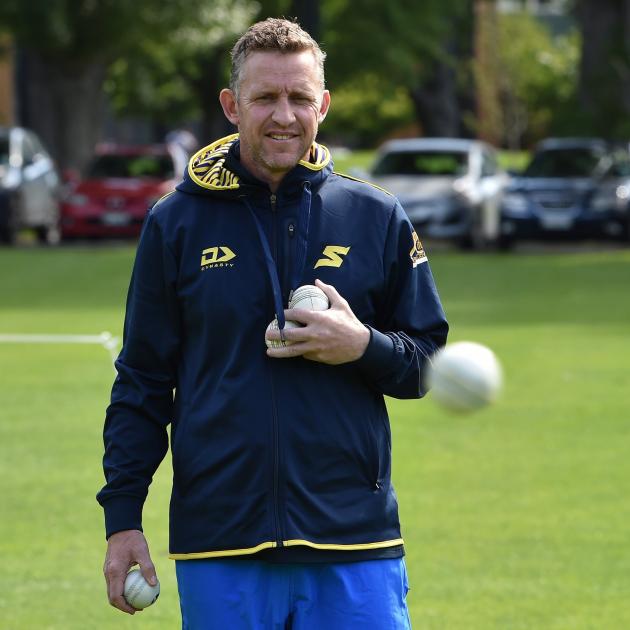 You have seen him play. You have heard him talk.

The right-hander also amassed 147 list A game and 44 twenty20 matches during a 19-year career.

"One of the things I want to bring to the game is an ability to do some real good research and scouting on the opposition," he said.

"Instead of just turning up and playing, we want to be really organised and have definite plans.

"That is one of the things you’ll see with the Sparks this year.

"For those who know me, and listened to me as a commentator, will know I love that side of the game. I like picking apart the opposition and trying to come up with plans, so we will be doing that with the opposition.

"And if the opposition do have success, it is going to be hard because we are going to ask them to play really well."

But this is his first stint as a head coach at this level and the Sparks will be missing some key players.

Star player Suzie Bates is out for the season. The White Ferns batswoman injured her shoulder while competing in the Big Bash.

Bates would have been available for the twenty20 campaign, so it is a big loss.

Veteran wicketkeeper-batswoman Katey Martin will be available from the second round of the one-day competition.

The White Fern has been in Australia working as a commentator.

And fellow international Hayley Jensen is on stand-by for the Big Bash in Australia and is not expected to be available for the Sparks until later in the season.

The Sparks welcome back Polly Inglis. She missed last season but has returned from the United Kingdom and will bolster the team’s experience.

Former Auckland player Gemma Adams has moved down to Dunedin to study and is a talented right-arm pace bowler and hard-hitting top order batswoman.

Nelson all-rounder Saffron Wilson also joins the squad this season. She is a right-arm medium pacer and will slot into the middle of the batting order.

Emma Black will spearhead the attack again, while the hard-hitting opener, Millie Cowan, is back for another campaign, as is the experienced Caitlin Blakely.

"We are a little bit under-done game-wise. We’ve only played a couple of [pre-season] games but we’ve been very lucky that we’ve been training on grass down at the University Oval and working really hard.

"We are excited about getting better every game and we are trying to set up an environment where we can get better and work hard.

"But I’m excited and I think we will do well this weekend."

The Sparks were winless in the Hallyburton Johnstone Shield last season but had a stronger squad in the twenty20 campaign and made the elimination final.