Cricket: Call to sort out rules on eligibility 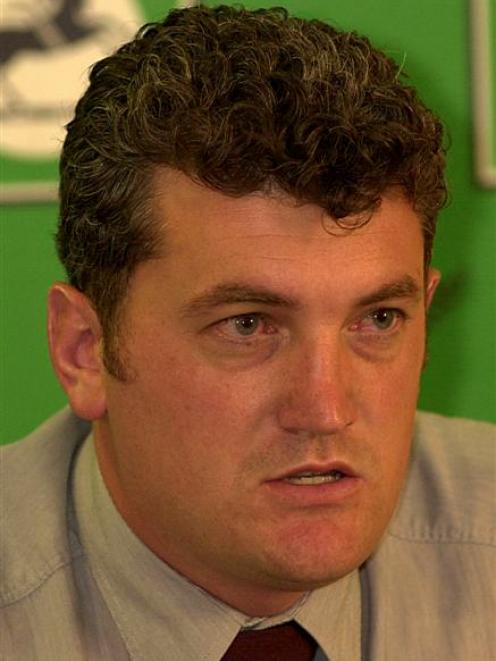 But he also believes the game's governing bodies need to sit down to iron out the rules of eligibility.

McCullum, who helped Otago beat Central Districts on Wednesday and secure a semifinal appearance, will play for NSW in the Australian domestic twenty/20 final tonight instead of in the Volts' final round-robin match against Wellington in Invercargill tomorrow.

The New Zealand and Otago cricket bodies insisted McCullum would not have been released if Otago had not secured a spot in the play-offs.

By playing for the Blues, McCullum has guaranteed himself a chance of playing in the $NZ11 million Indian Champions League in October.

Mills applauded the move, saying it was forward-looking.

"We need to become a bit more aware about what is happening in world cricket," he said.

"The Champions League is big and these sorts of opportunities are going to come around more often.

"The game is evolving. Whether it is good, bad or indifferent is up for debate. But it is evolving and we should not stand still."

Rather than view McCullum's departure as a loss to the domestic game, Mills believes Otago cricket has made the first steps towards building a relationship with NSW which could pay dividends in the future.

However, Mills would like the eligibility rules cleaned up and made more transparent.

He agreed having McCullum play for Otago on Wednesday and an Australian side today was odd and did little for the credibility of the competition.

"A lot of work needs to be done, I believe, by all the boards around the world as to how this Champions League is going to work and how players qualify."

The Champions League allows teams to field four overseas players but they must have played for the side during qualifying for the tournament.

With the huge sums of money the franchises pay for overseas players there is a concern it will start to erode the international game, with players opting for the less intensive and more lucrative lifestyle of a twenty/20 contracted player.

"If the IPL grows, and it looks like it is, the concern is players will start to make decisions who they play for.

"That is a serious issue in world cricket at the moment and the boards need to get around the table and address that, so the best players in the world are still available for international cricket.

"From our point of view it is critical that international cricket maintains primacy. We would not want anything to interfere with that."

Meanwhile, McCullum's move continued to cause reverberations in Australia yesterday.

Numerous commentators and columnists had their say, with most in support of the 27-year-old's deal, which was brokered by his manager, former New Zealand captain Stephen Fleming.

Andrew Symonds described the selection of McCullum at the expense of a local as being "un-Australian" but the Australian all-rounder was called a hypocrite by NSW chief executive Dave Gilbert.

Gilbert noted Symonds was happy to bank $A1.5 million ($NZ1.9 million) for playing for Hyderabad in the Indian Premier League.

"He's happy to sign with the Deccan Chargers and deprive some local of a spot in their side. He can't have his cake and eat it, too.

"If this final was in isolation we wouldn't have brought McCullum over, but the Champions League has put everything into a different stratosphere."

Australian captain Ricky Ponting said the presence of overseas players on the domestic scene helped improve the standard of competition.

Ponting was unsure whether the inclusion of McCullum hindered the development of younger players but was mindful it was just for one match.

Sports betting agencies in Sydney adjusted NSW from a narrow outsider to favourite after news broke that McCullum would be opening the batting in Sydney.

Injury-struck opponent Victoria was reportedly seeking a high-profile signing of its own, with chief executive Tony Dodemaide indicating former Australian stars Adam Gilchrist and Shane Warne were in its sights.

Later, Dodemaide said Victoria had talked to Gilchrist but the former Australian opener was not going to be available.