Cricket: Is DRS being used effectively? 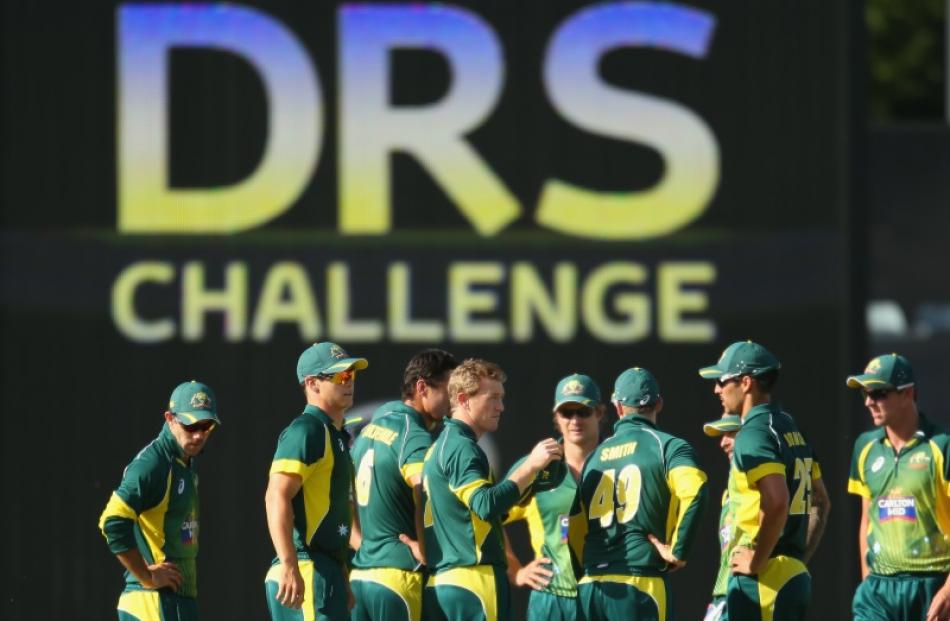 Making the best use of technology in sports officiating seems logical.

The insistence of taking into account the original decision, however, is counter-intuitive.

That was the point raised by Indian captain MS Dhoni when asked about cricket's Decision Review System, after George Bailey was controversially given not out in India's loss to Australia this week. Despite the pivotal decision, which DRS could have overturned, going against his team, he remained defiant.

"First DRS should ideally be the decision-making system," he was quoted as saying by ESPN Cricinfo.

"DRS should not be the umpires' decision justification system, it should be giving the right decision. Like in tennis you don't say the umpire called it out and half the ball has to pitch inside the line. It has to be plain and simple.

"You don't have to keep too many things in consideration. You either say 'this is DRS, doesn't matter whether it is given out or not out, if half the ball is hitting the stumps, you are out,' irrespective of the [original] decision."

It is hard to argue with him. The whole point of technology in this context is to help make the right decision. In nearly every case, it is going to be easier to do that by watching the review, rather than in real-time by the official on the field.

So why put so much weighting on the on-field decision?

While you want power to remain with the umpires, the reality is that making a close lbw decision in real-time must be one of the hardest things to do in sports. If it is that close, the umpire is probably going to have a hard time getting it right all the time.

Human error is an accepted reality of these situations. But the margin of error in the decision review is not. Perhaps that comes from wanting to maintain tradition. Error is error though, no matter the source and while it is unavoidable, it comes back to the same thing: make the best decision you can with the evidence available.

Not only does this influence the final decision, it influences whether a team loses a review.

If there is not enough evidence to overturn the decision, but the ball was shown to be hitting the stumps, the team should at the very least keep their review. It seems wrong when a fielding team loses their review, despite the ball tracker showing the ball carrying on to hit the stumps, or part of the ball pitching in line.

Hot spot is generally more conclusive, although there remains questions over its usage. New Zealand found that out first-hand when it was exclaimed that the white mark on the controversial Nathan Lyon review "could have come from anywhere". The decision led many to point to the obvious: if you are going to use the technology, make use of what it is showing you.

Despite all of that, not using the technology altogether seems like a backwards step. India's mistrust in the DRS sees them refuse to use it. However regular umpiring is no more accurate and the technology should theoretically ensure a higher proportion of right decisions are made.

There are those that argue against technology completely, saying that it takes away from the moment. Perhaps there is merit in that. But at the end of the day, you want as many right decisions as possible and provided it is used in moderation, the technology has the capability of removing the howler from sports.

It is not an exact science, but it is an improvement. The challenge now is to figure out how best to use the available technology in order to get the most out of it and maximise the benefit it will have on sport.