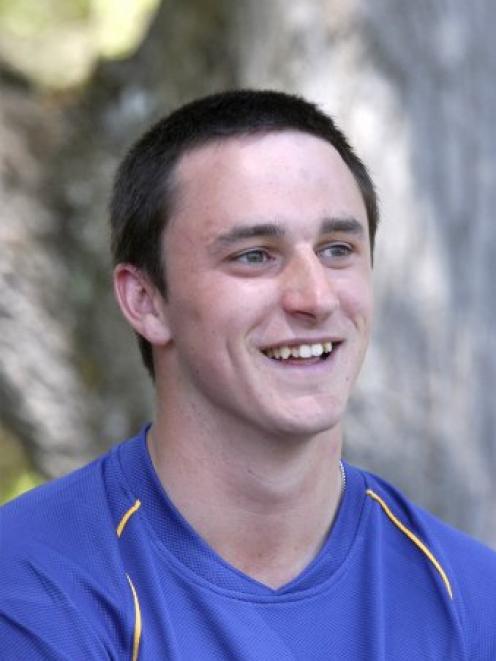 Hamish Rutherford
It has been more than 10 years since a Rutherford was smacking the ball to the boundary and helping Otago win matches.

From the mid-'80s to the mid-'90s, Ken Rutherford was a mainstay in Otago sides and a class batsman capable of taking attacks apart.

Now it is his son Hamish Rutherford who is starting to forge his own reputation.

The 19-year-old opening batsman has made an impressive start to the twenty/20 tournament.

The aggressive left-hander has scored 163 runs in three games, at an average of 54.33 and is the tournament's leading run-scorer.

Against Wellington, he walloped 87 from just 38 balls to help Otago post a massive 117-run win.

"He is just starting his career at this level but he certainly has talent," Otago coach Mike Hesson said.

"That is why we looked to introduce him earlier on in the season and he looks like he is starting to find his feet. Hopefully, that innings gave him the confidence to go on."

Technically, Rutherford keeps still at the crease which opens up scoring shots on both sides of the wicket.

He is strong on the off side and down the ground and plays the ball in the air with an absence of fear.

Batting was meant to be Otago's Achilles heel.

But it has been far from a weakness, with Rutherford and Aaron Redmond forming a formidable opening partnership.

That has allowed players like Nathan McCullum and English all-rounder Dimitri Mascarenhas to play with more freedom and, as a consequence, Otago has posted three consecutive winning totals of 200-plus.

Otago is the only unbeaten side and, with its next three games all at home, it is well-placed to push for a spot in the final.

Otago managed just one win from five matches last summer, so it is quite a turnaround.

"I think we've had a more aggressive attitude with the bat, especially in the middle overs," Hesson said.

"I'm absolutely delighted that without our three [Black Caps] we've had guys like Hamish, Aaron and Nathan stand up.

"It is all a coach can ask for, really."

Otago's next match is against Auckland at the University Oval on Friday.