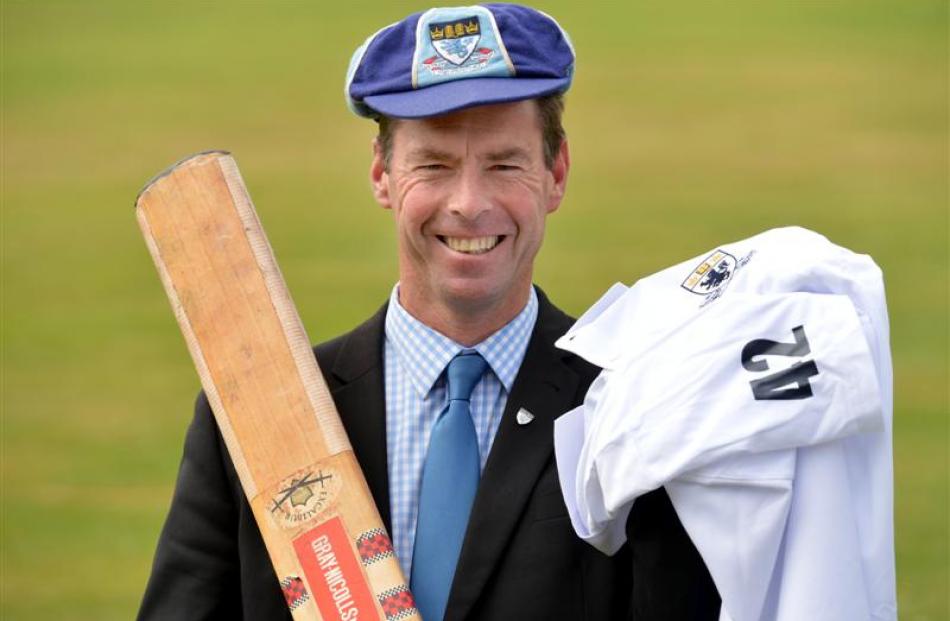 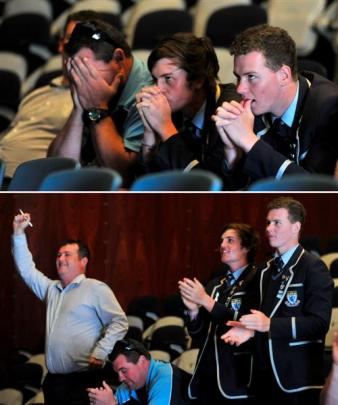 Brendon McCullum is making many people proud this week, including his former high school teacher and sports coach.

McCullum shared his thanks and admiration for King's High School deputy rector Darryl Paterson through a national website this week, ahead of scoring 302 runs for New Zealand against India.

McCullum said Paterson inspired him to ''keep pushing when others had stopped, and to keep hanging in when it was accepted to give in''.

His comments were posted on the InspiredbyU website, which was part of a national campaign aimed at getting New Zealanders to share stories of the teacher who had the greatest impact on their lives.

''Thanks Mr Paterson, I appreciate all your support and guidance in times of uncertainty. For all your support, thank you and I will forever be indebted to you,'' McCullum said.

Paterson (46) taught a young McCullum physical education and was also his cricket and rugby coach.

He told the Otago Daily Times he was ''quite emotional'' when he found out about McCullum's public show of gratitude.

''We developed a pretty close relationship through rugby and cricket. I do feel proud, and over the last few days I've sat back and thought 'jeepers, he's creating history here','' Paterson said.

''If I've played some part in that, then it's something I'm really proud of.''

Paterson remembered his first game of cricket with McCullum, who had just started at King's.

''He scored over 100 and kept hitting balls into Queen's [High School] ... and from that game he was selected for the King's First XI, even though he was a third former.

"He was not much taller than the stumps and he used to stand up to the fastest bowlers. Even back then he just had amazing talent.''

Paterson coached McCullum when he played first five-eighth for the King's First XV in his last two years at the school.

McCullum's talent on the cricket pitch was matched by his skill as a rugby player, Paterson said.

''He decided to stick with cricket, and I guess this week has proved he made the right choice.''

King's rector Dan Reddiex said it was important for the pupils to see the 32-year-old reach the 300 run milestone.

''It's a significant part of New Zealand sporting history - and by extension, it's a fairly important part of our history, too,'' Reddiex said.

''It's inspiring for the boys to watch. I told them: Brendon McCullum is a guy who has lived where you live, walked where you walk and sat in the seats you are sitting in; and he's gone on to make great achievements.

''That can't be anything but inspirational.''

Reddiex said McCullum regularly visited the school and many of the boys had met him, which made his record achievement ''even more real''.

''It's a pretty special achievement - my goodness.''

Unfortunately for most of the boys, McCullum's scoring was too slow and they had to return to class at the end of the 20 minute interval.

However, a select few who were ''uncharacteristically'' keen to help tidy the seating in the auditorium got to watch the feat as they did so.

News of McCullum's success was quick to reach the classrooms and there were scenes of jubilation among the pupils.