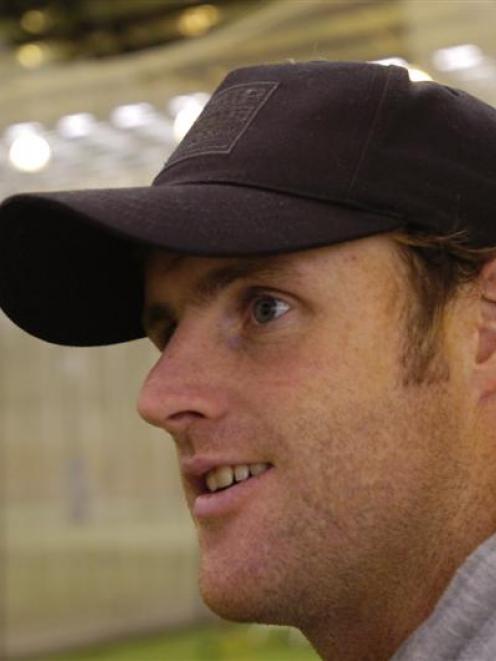 Redmond has been in magnificent touch in the twenty/20 tournament and smashed a glorious undefeated century to help Otago beat Central Districts by five wickets yesterday.

The former New Zealand opener was dropped from the national side after the test series against Australia in November then missed selection for some of Otago's one-day matches.

But the 29-year-old proved a point last night with a majestic innings which included seven sixes and six fours.

His 100 came off just 56 balls and he brought up his maiden twenty/20 century just in the nick of time, as umpires Evan Watkin and Chris Gaffaney awarded Otago six penalty runs at the end of the 19th over because of Central's slow over-rate, ending the game.

The man they call "Redders" punched the air with delight after scampering through for the quick single to raise the milestone.

"It feels great. But the best thing about it is I did it for the winning side," Redmond said.

"If I had got a hundred and we lost, it would have been pretty disappointing."

Redmond believes the disappointment of being axed from the national side and missing selection for Otago has served him well.

"That time I had off was disappointing but it has worked out for the best in a way. I caught up with Mark O'Neill [Black Caps batting coach] and talked about how I could get back in the side.

"When you get dropped, you just have to regroup and get back into it again. It was a wake-up call and I've been training harder and working harder and it is starting to pay off."

Redmond went into the match against Central Districts as the competition's leading run-scorer and has increased his tally to 324 and his average to 64.8.