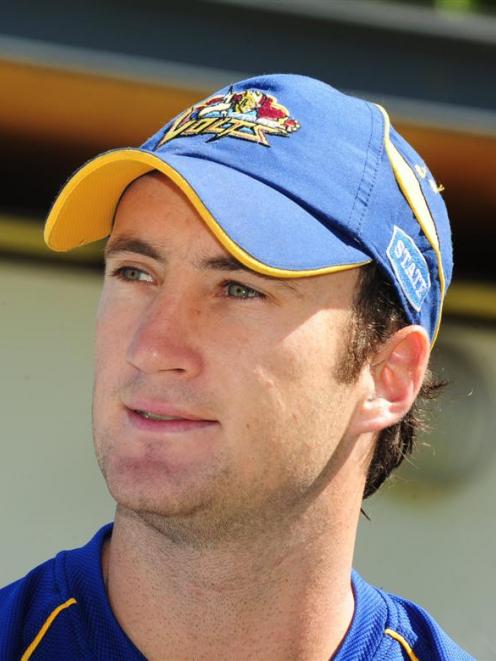 Neil Broom
Otago faces a stern test of its depth with key personnel unavailable for its four-day State Championship match against Auckland beginning in Queenstown tomorrow.

There are three changes to the side which drew with Wellington at the University Oval earlier this week.

Neither has played for Otago this summer.

He has rejoined the touring party after notching scores of 20 and 44.

On the positive side of the ledger, Black Caps middle-order batsman Neil Broom returns to the fold after missing national selection.

"Craig's leadership is going to be missed. He is such an experienced player. And with Nathan [unavailable] it affects your balance quite a lot because you lose a guy who bats six and is the spinner."

Left-arm spinner Nick Beard carried the drinks against Wellington but Bracewell said he would "definitely" make his debut tomorrow.

Opening bowler Neil Wagner strained his groin in the last match but has passed a fitness test.

Fast bowlers James McMillan and Mat Harvie will compete for the third seamer's role, with bowling all-rounder Sam Wells likely to get the nod to help bolster the batting in McCullum's absence.

"We'll look at the pitch [today] and assess. But we look a little bit light on batting if we leave someone like Sam out."

With three round-robin matches left Otago is in desperate need of an outright win.

The Volts are in fourth place with six points from five games.

Central Districts leads with 25 points from Auckland (19) and Wellington (18).

Realistically, Otago's chances of making the four-day final are slim at best.

A loss to Auckland would spell the end of its hopes.