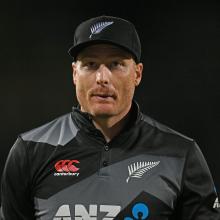 And the touring side capitulated with the bat again.

But that has not removed any of the shine from a tremendous home summer for the Black Caps.

They completed their season with a crushing 65-run win in game three of the twenty20 series against Bangladesh.

The weather in Auckland eased enough for a 10-over contest to take place.

He whacked 71 from 29 balls. The 21-year-old was dropped countless times but helped his side post 141 for four.

Bangladesh was just as outclassed during the one-day series. That ended 3-0 as well. 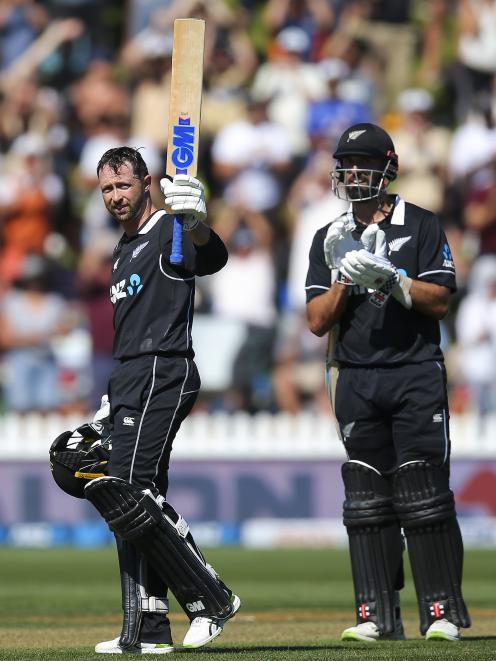 Only Australia was able to push the Black Caps. It strung consecutive T20 wins together to take the five-game series into a decider.

That series was probably the highlight of the summer, except Covid-19 intervened briefly which meant those two games Australia won were played at an empty venue.

Martin Guptill rediscovered his form during the series to dismiss claims he was a spent force.

Guptill was the leading scorer but Devon Conway was not too far behind.

The Wellington left-hander emerged as one of the stories of the summer. Having dominated domestic cricket, the South African-born found international cricket just as easy.

Wow is about the only response. The highlight was a 99 not out in game one against Australia.

Canterbury all-rounder Daryl Mitchell reinvented himself as a quality international having previously being thought of as a domestic journeyman.

His undefeated century in the second test against the Pakistan helped set up a 2-0 clean sweep.

Towering seamer Kyle Jamieson was rather useful in that game you will recall. He was exposed with the white ball later in the summer but he took five for 69 and six for 48 to help clinch a win by an innings and 176 runs. He took 16 wickets across the two games at an average of 11.68.

Jamieson was next level but so was the captain Kane Williamson.

He has skipped some games this season, either because of his elbow injury or when he was on baby watch.

But he was in trademark form against Pakistan. He notched 388 runs at an average of 129.33 and collected his second double ton of the summer.

It followed a marathon 10-hour 251-run effort against the West Indies in the first test.

Henry Nicholls posted a big hundred in the second test to help seal a 2-0 clean sweep.

It was an excellent home season and now it is on to England for a couple of warm-up tests against the Poms before the inaugural World Test Championship final against India in June.

The final T20 between the White Ferns and Australia at Eden Park was abandoned due to poor weather with Australia 14 for one after 2.5 overs.

That meant the series was shared 1-1. The three-game one-day series gets under way at Bay Oval tomorrow.