Determined Wagner draws line in sand and on pitch 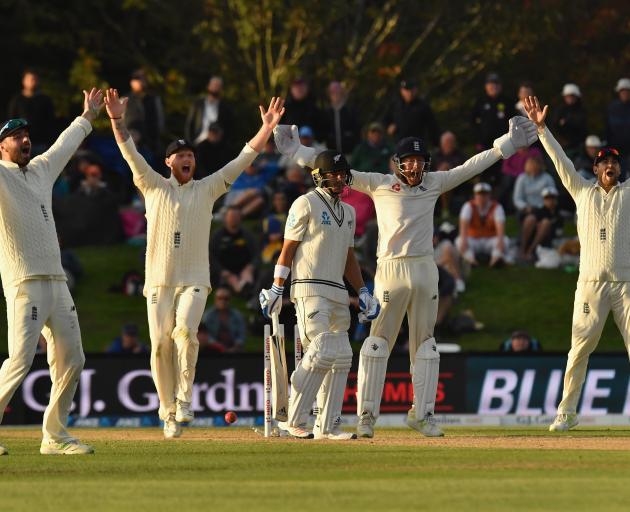 The Otago left-arm bowler found himself at the batting crease at Hagley Oval with a win out of reach, two hours to survive and three wickets in hand.

Firmly aware that a draw would result in New Zealand winning its first test series against England since 1999, the significance of the occasion was not lost on the left-handed batsman.

But he was not overwhelmed.

He batted for 103 balls in 107 minutes, alongside Ish Sodhi, before being dismissed with the last ball of the match.

That he scored only seven runs was irrelevant.

"I was not concerned about any runs whatsoever," he said of his mentality.

"Just try and stay there as long as I can.

"And watch the ball really hard - I don't think I've ever watched a ball that hard in my life to be honest."

As the match drew, on the situation became more tense and made for nervous viewing.

But for Wagner the feeling went the other way, his belief rising as the innings progressed.

He was eventually dismissed just before 6pm, edging one on to his pad before the ball remained aerial to be caught in close on the leg side.

The wicket gave England a glimmer of hope, but Wagner reviewed the decision.

By the time the review was complete, it was deemed the light had become too poor, seeing the match called to a close.

While the review could have been seen as a ploy to kill time, Wagner said it was more a case of testing his luck.

"Well it was one of those where we had two reviews, so I thought we might as well use one.

"I was 100% convinced it wasn't out lbw, but when I heard the ball was caught I was like `I could be out here'.

"So I thought I'd make the most of the review system and use it anyway and try my luck."

The series win was one he rated as one of the most significant of his career.

It also showed the significance test cricket still holds and how meaningful a series win can be.

"Over five days the amount of work you've got to put in and how hard you've got to play and then fight over that two-hour period at the back end - it's the most satisfying and rewarding feeling there is to step over the line.

"That is something you don't ever get anywhere else."