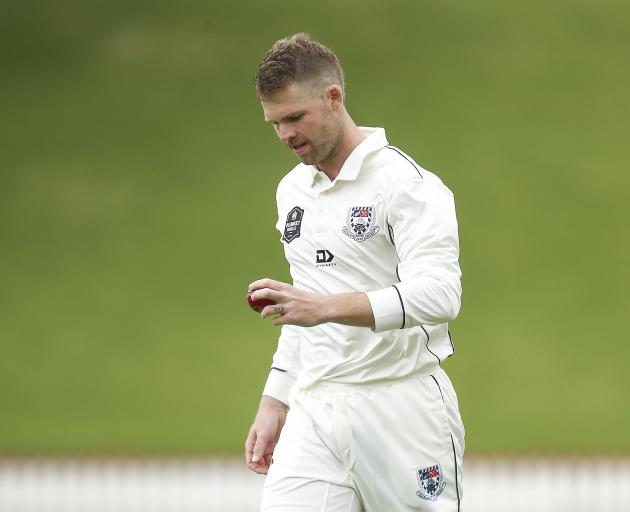 Lockie Ferguson proved his red-ball credentials with a brutal spell for Auckland against Wellington in the Plunket Shield. Photo: Getty Images
Watch out England. Watch out Australia. Watch out world.

Lockie Ferguson is about to get a red ball in his right hand.

The Black Caps fast bowler was the pick of the New Zealand seamers at the World Cup earlier this year, and has been named in a 15-strong test squad for the upcoming tests against England and Australia.

It is a maiden call-up for the 28-year-old Aucklander.

England captain Joe Root predicted as much earlier this week.

He has been impressed with the impact Ferguson has had with the white ball, and his inclusion in the test squad is no real surprise to the opposition.

The Black Caps also need to get a look at the rapid right-armer at test level before they arrive in Australia for the highly anticipated series there.

But the complication is New Zealand has a settled seam attack of Trent Boult, Tim Southee, Neil Wagner and all-rounder Colin de Grandhomme.

It is not immediately obvious where Ferguson fits in. Does he come in for Wagner or Southee? Or perhaps the Black Caps could go with a four-pronged pace attack and flag playing a spinner.

Decision, decisions. It is a good problem to have, and selector Gavin Larsen is looking forward to see if Ferguson can carry his impressive first-class form into the next level.

"There's no doubt Lockie has been knocking on the door for a while now and we're delighted to finally bring him into the test fold," Larsen said.

"It's well documented he has raw pace. But he also possesses a quality bowling skill set and has proved his durability."

Ferguson has 153 first-class wickets at a healthy average of 24.30. He has been the leading red ball bowler on the domestic scene for several years.

But with Boult, Southee and Wagner doing so well, and Canterbury's Matt Henry ahead of him in the pecking order, Ferguson has had to wait.

"Our pace bowling stocks are strong at the moment and we feel Lockie will add another dimension to the picture, and will create some great competition."

The squad also features the return of captain Kane Williamson. The Black Caps captain missed the T20 series against England with a recurring right hip injury.

But he has a two-week rest and is primed to return for the historic inaugural test for his home ground of Bay Oval in Mount Maunganui.

Canterbury leg-spinner Todd Astle has also been called into the squad. Spinners Will Somerville and Ajaz Patel drop out to make room for Astle and Ferguson in the only changes to the side which toured Sri Lanka.

"We've gone with the versatility of Mitchell and Todd who have experience in the conditions we will face over the next few months and will bolster our lower order batting." 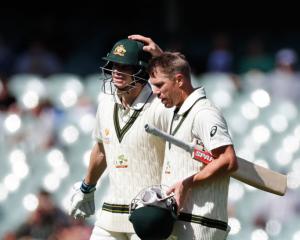