Foxcroft upbeat despite lack of progress 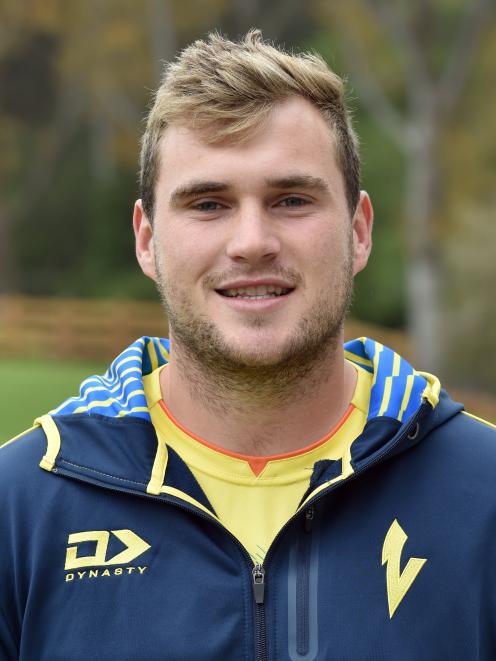 Dean Foxcroft. PHOTO: ODT FILES
Getting out is always disappointing.

But getting back in has proven much more frustrating for Otago batsman of the year Dean Foxcroft.

The 22-year-old right-hander had a tremendous debut season for the Volts but is locked out of New Zealand and cannot do what he loves.

Foxcroft was among the best white-ball batsmen in the country last summer.

The South African-born player visited the republic when Covid-19 cut the season short.

He had plans to see family and friends and to sit some exams before returning to New Zealand in June to take up his playing contract.

But while he was out of the country, New Zealand put in place tough border restrictions as part of its Covid-19 management plan.

Foxcroft was unable to return.

He is not complaining but who gets into the country and who does not has become deeply political.

The West Indies and Pakistan cricket teams have been allowed in for, example.

Visiting America’s Cup teams received clearance. Russian and Ukrainian fishermen were able to come on in — who knew New Zealand had a shortage of fishermen?

Foxcroft remains optimistic he will be able to return soon but he is still shut out and there has not been much progress to report.

"[The] latest is I still need to wait for an exemption but there is no progress yet," he replied to an Otago Daily Times message.

"We did speak to immigration agents around New Zealand and it is still not very good."

While he has accepted his situation, he has noted plenty of cricketers have been allowed into New Zealand.

"I know the international cricket games are good for the economy and for New Zealand Cricket. But I would love to be able to get the same opportunity as them.

"In a way it feels unfair because I still pay rent, insurance and tax, so I do consider myself a Kiwi.

" I know I am not the only one. There are Kiwis in other countries who also want to return to New Zealand but can’t, so I really feel for them.

"But hopefully soon all of this will be something of the past."

The New Zealand Cricket Players Association has been advocating on Foxcroft’s behalf and it is hoped his absence from the country will not impact on his qualification to play for New Zealand.

Foxcroft has continued to receive his monthly salary despite being unable to honour his playing contract.

He is very thankful but it is "not about the money".

"I just want to get back to New Zealand and play some cricket."

He has kept up his training and is playing for Pretoria High School Old Boys Cricket Club.

"I’ve coped OK. There were days where I was thinking I will miss the whole season and it was getting tough on me.

"But with vaccines hopefully around the corner I am positive that I will be back soon."

Foxcroft chats with the team on a weekly basis and said the team had "been very good to me and are making sure I am OK and doing well".

Lockdown has been brutal in South Africa.

The country has had more than 200 days of restrictions in place.