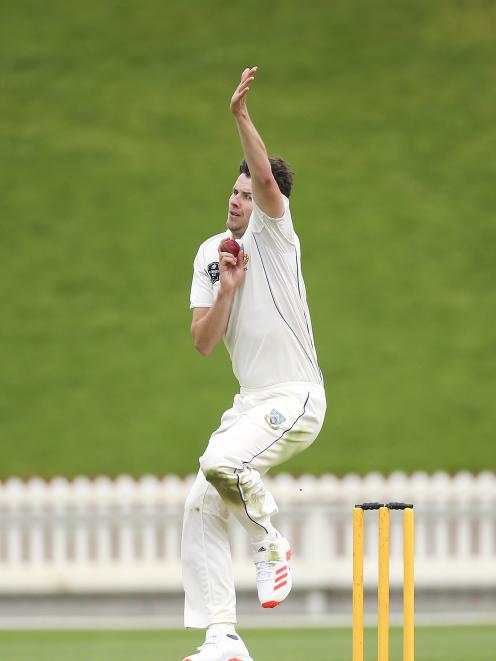 The 26-year-old proud Southlander has had about a week to reflect on his promotion to the national side.

There is no guarantee the Volts captain will make the starting XI for the opening twenty20 game against Pakistan at Eden Park tonight.

But if he does get a start he will be the first player from Southland to play for the Black Caps since Jeff Wilson’s second stint with the national team in 2005.

Duffy gets his opportunity because the test players have been ruled out from selection. But do not be fooled into thinking it is a cameo appearance.

Duffy has more than earned the opportunity. He told the Otago Daily Times earlier in the week that there are a lot of better bowlers ahead of him in the queue.

And New Zealand is well-served with bowling depth at the moment.

Backups Matt Henry (29) and Lockie Ferguson (29), who is sidelined with a back complaint, are not far off that bracket.

When they retire it will be up to the new brigade led by Kyle Jamieson (25) to shoulder the attack.

Auditions for his understudy and supporting cast have been under way at New Zealand A level and Duffy has emerged from the casting call with honours.

He picked up six wickets during New Zealand A’s comfortable win against West Indies A in a first-class match in Mt Maunganui earlier this month.

He also took three for 49 during an earlier tour game.

Last season, he was the leading wicket-taker in the Plunket Shield. He grabbed 22 poles at an average of 22.86. He had a tremendous Ford Trophy campaign as well, claiming 21 wickets at 19.19.

Arguably, he was the best bowler on the domestic circuit last season and certainly the best in Lumsden, which is home to about 400 souls and was the birth place of former New Zealand Prime Minister Bill English.

English lived in the neighbouring Dipton, though. Duffy is the real deal.