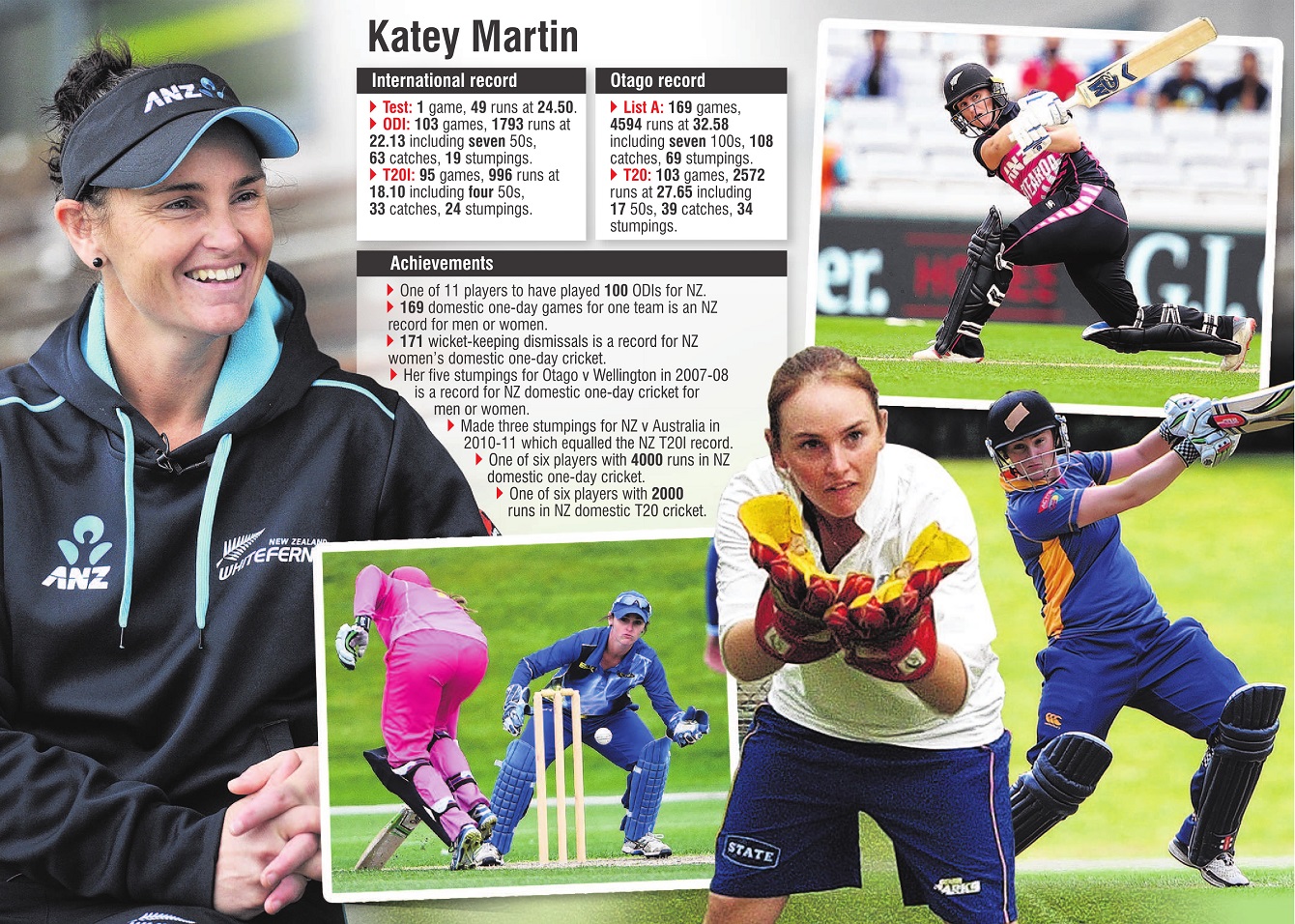 We saw the tears.

We knew it was coming.

But it will still be a shock not to see the chirpy figure of long-serving White Ferns and Otago Sparks wicketkeeper-batter Katey Martin behind the stumps next season.

The 37-year-old announced her retirement yesterday, bringing an international and domestic cricket career spanning 21 years to a close.

She told the Otago Daily Times in November the summer would likely be her last for the Sparks.

She seemed determined to stick with her international career until after the Commonwealth Games at least.

However, she got very emotional during the national anthem of the White Ferns final World Cup game earlier this year which gave away her change of heart.

"I knew heading into that match it could be my last time playing for New Zealand, hence why I was quite emotional," she said.

"I took some time after the tournament to talk to family and friends to solidify my decision before making it official today."

Martin made her international debut in 2003, amassing 103 one-day games, 95 T20s and one test, while her 169 domestic one-day games for Otago is a New Zealand record for both men and women.

The right-hander was a schoolgirl when she made her provincial debut in January 2002.

It took her a few seasons to find her feet, but her competitive spirit was evident from the start.

And she was fiercely loyal. Martin shifted to Christchurch as an 18-year-old, but continued to play for Otago even when it seemingly made more sense to join the Canterbury system.

Her humour, passion and thoughtful approach to the game inspired respect in opponents and team-mates alike.

Martin said she will leave the game with "no regrets" and is looking forward to life after cricket.

"It’s been an incredible experience," she said.

"To all my team-mates, coaches, opposition, fans and friends I’ve met along the way, I want to thank you for making my time in cricket so memorable.

"Cricket really has given me my life — from leaving Dunedin as a youngster to attend the NZC Academy in Christchurch, to travelling the world as a White Fern and representing my country — it’s been a dream come true."

Her two biggest supporters have been her parents and Steve and Wendy.

"I’ve been fortunate to have a very supportive family throughout my time. Dad travelled to India for my debut in 2003 and has made his presence known around the boundary ropes ever since.

"Both Mum and Dad took a camper van around the North Island for the recent Women’s World Cup — to say I’ve been lucky to have them on this journey with me is an understatement."

Martin hopes her future will include more commentary work and she is interested in helping bring the next wave of young wicket-keepers.

"The women’s game is going from strength to strength. We saw at the recent Women’s World Cup here at home how much the standard of cricket has risen
and I’ll be excited to watch it continue to develop over the coming seasons."

"I’m passionate about leaving the game in a better place and would be very keen to help coach and develop our next generation of keepers.

"It’s definitely somewhere I feel I can give back to a game that has given me so much."

"The White Ferns environment is richer for having her around. She brought energy, excitement and fun to the group and her presence will be missed, I’m sure."

"Her long service to both the Sparks and White Ferns has been remarkable."