New look to Otago squad to open season in Wellington 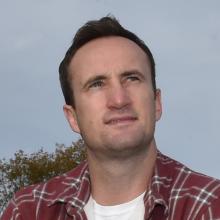 Neil Broom
Otago will put out plenty of new faces when it takes on Wellington at the Basin Reserve today as the first-class season gets under way for another year.

The season seems to be starting ridiculously early but it is actually later than last year.

Otago has named new signings Dale Phillips, Dean Foxcroft and Nick Kelly in the side while Travis Muller has also been named in the 12.

There are injury clouds over Michael Rae and Nathan Smith and who gets to start the match will be decided this morning.

Rae is perhaps more likely to miss the match, having not bowled at a pre-season training camp in Queenstown.

Rae missed all of last season, mainly due to a shoulder complaint. It is that pesky part of his body which is cause for concern again, while Smith has a rib issue which is niggling him when he bowls.

North East Valley's Muller has been named in the side as cover but is in the mix to play irrespective, coach Rob Walter said.

He will be making his debut for Otago if he gets the nod. Kelly and Foxcroft are also on Otago debut, while batsman Dale Phillips will be on first-class debut.

Veteran Mark Craig misses out, as the wicket is expected to give plenty of assistance to the seamers.

Neil Broom is making his return from a short-lived retirement from red-ball cricket. It will be his 99th first-class game for the province.

His presence gives the batting line-up a much more solid look.

Hamish Rutherford and Camden Hawkins are poised to continue their fledgling partnership at the top of the order.

Hawkins impressed in his rookie season and batted nicely with the vastly more experienced former international.

Wellington has named six seamers in its squad and will expect plenty of help from the pitch for its bowlers.

Jimmy Neesham is back after playing at the World Cup and then having twenty20 stints with sides in Canada and the West Indies.

Fraser Colson returns to first-class play with Wellington after spending last season in Otago, trying, unsuccessfully, to break into the Otago side.

In other games, Central Districts takes on Auckland at the Eden Park outer Oval while Canterbury will host a star-studded Northern Districts team.